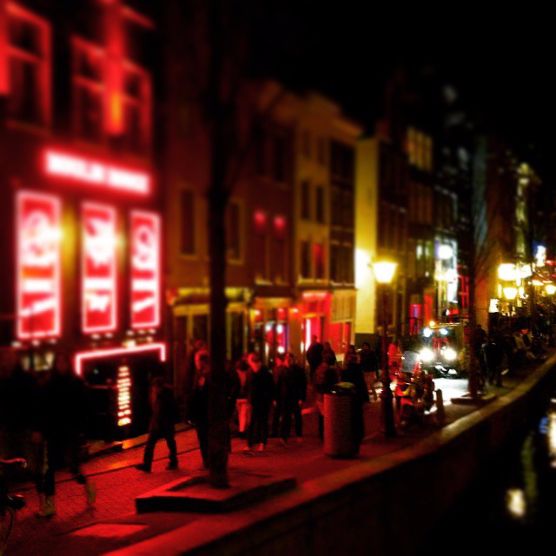 Amsterdam Gets Ready for Naked Prostitutes in Red Light District

Remarkable news today which came from the union of sex workers in the Netherlands.

The prostitutes in Amsterdam hope that this protest will help to get rid of the current image problem. Most of the sex workers consider their profession as just another job; “Sex work = work”, they say.

The tower of prostitutes will equal the height of the Amsterdam Old Church, that stands over 67 meters (73 yards) tall. It will be erected on the Old Church Square, which is situated in the heart of the Red Light District. The human tower of naked prostitutes will be built on April 1st, 2015 at 4pm. The sex workers invite everyone to come see the protest in Amsterdam. The event will be free. “This is your only chance to see naked prostitutes without paying for it”, said one of them.

A naked protest against stigma

Sex workers from all over the world will be in Amsterdam to support this act. Sunny Lane, Ashley Alexandra Dupré, Kristin M. Davis and Ayumu Kas will be joining the protest. 80 female and 20 male prostitutes will join the protest in the Red Light District. “I think this is a great initiative and I’m so glad that I can be part of it. It’s ridiculous that sex workers in the Netherlands and elsewhere are being refused at certain banks. A Dutch prostitute has an average gross income of 7000 Euros a month. Why do banks refuse such customers?”, said Sunny Lane.

Martine & Louise Fokkens at the Maria’s Dolls Museum in Amsterdam.

Many Dutch hookers will join in as well, including the most famous ones. The best known prostitutes in The Netherlands are Martine & Louise Fokkens. These twin sisters have worked in Amsterdam’s Red Light District for 50 years. The twins are not only (former) prostitutes with many publications in the media, but also the oldest prostitutes in the Netherlands [72 years of age] and have only recently stopped working.  Martine & Louise Fokkens confirm – according to plan – they will be the last to climb over all other women to hold the top.