Interview With A Male Prostitute In Amsterdam 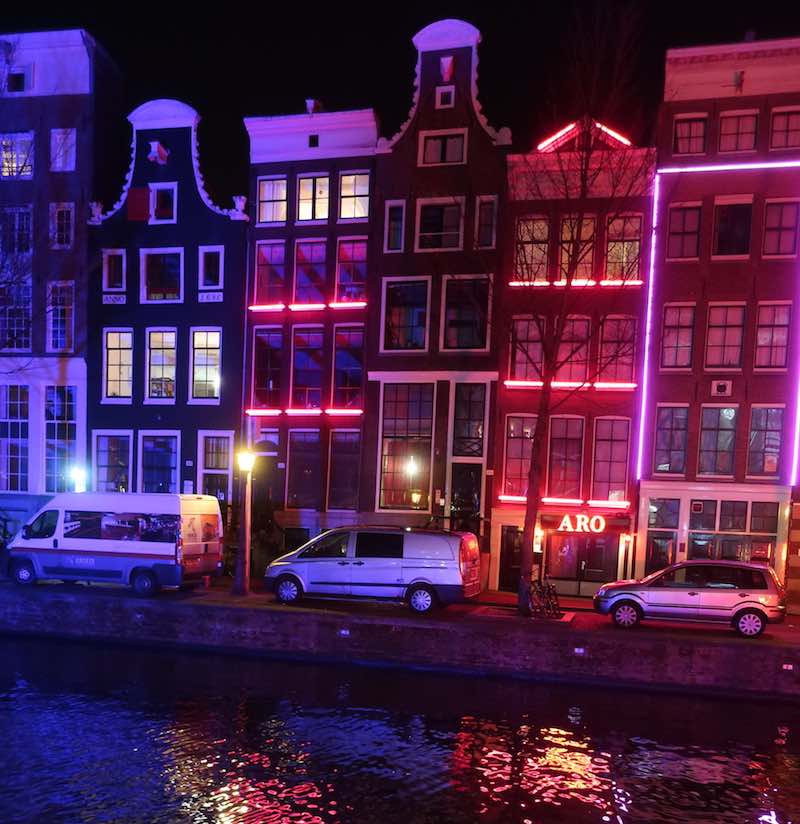 An Interesting Interview With A Male Prostitute

Yes, it started as an adventure during my holiday here in Amsterdam. My boss was really satisfied with my performance, so he offered me a contract for a year.

So what did you do in Casa Rosso?

I did live sex shows on stage with my girlfriend.

Did you enjoy it?

I love it, I really do… It’s very exciting to perform. It gives me an adrenaline-rush, especially when the visitors are enjoying themselves too.

What is your occupation at the moment?

When you work as a male prostitute, how would you describe your clients?

My clients are mostly men. Older men, above the age of 50.

No, no… I’m straight. I have no problem to work with men. Perhaps it’s because I did a lot of sex shows in Casa Rosso. I’m able to just switch my mind. To be honest, I don’t think about everything that’s happening with my clients.

What kind of things do your clients ask for in the sex club?

I also get customers who’d like do SM and those who want to be chained.

Do your colleagues know that you’re straight?

Yeah, they know. And some of my clients know it too. It turns them on that I’m straight, because I’m that guy that they can’t get in normal life, so to say.

Do your clients often ask you to penetrate them or if they can penetrate you?

Yes, they do. But this is more difficult for me, so most of time I tell them that this isn’t possible.

But you did do it sometimes?

Yeah, I did it a few times. But I had to take Viagra, because I can’t get a hard one from a guy.

How was it for you to have sex with men and what are you thinking about while having sex?

Do you enjoy being penetrated by another man?

Yeah, sometimes I like it. Sometimes. It feels like a prostate massage  and I really enjoy that sometimes.

Do you kiss your clients?

No, never… I never do this! I don’t like it. When kissing a women, it’s so much better, it’s softer. I just cannot do this with guys.

Why aren’t you working with girls? Like an escort…

Yeah, I try to get more clients who are female, but it’s pretty difficult to get a job as a male prostitute and only having female customers.

Not many people can do this kind of job for a long time. It’s a tough job. What’s your secret in staying in the sex business for such a long time?

I have to delete everything I do during my work as a male prostitute. So when I go to a private room with a client, I just do my work, delete it, next customer. I’m very tough from the inside. Many people have hurt me in my life, so perhaps that’s why I’ve become so tough. Especially, when I’ve lost my job. I got a big fight with my ex-girlfriend and with my boss. And on one day, I did not only lost my job, but also my apartment and my girlfriend. Since then, I’ve decided to only think about myself. I don’t think much during my work. It’s just work you know.

You don’t really care about what people think of you?

Yeah, that’s correct. And that’s why I’m doing this interview. If someone can’t accept what I’m doing, that is fine. It’s their problem, not mine.

Lots of people think that prostitution is something bad, but it isn’t. Actually, I’m helping a lot of people in the community. I have a lot of customers who feel lonely and just want to talk with someone. I make them feel comfortable and give them a good time. So yeah, I think I’m doing a good thing here. It’s not just about sex, you know.

What would you like to say to the visitors of Amsterdam Red Light District?

Don’t take pictures of the prostitutes who stand behind the windows. It’s difficult enough to stand behind these windows brothels and to be stared at by people who’re walking by. Just enjoy this unique neighbourhood of Amsterdam. Don’t be rude and be respectful!

22 Responses to Interview With A Male Prostitute In Amsterdam