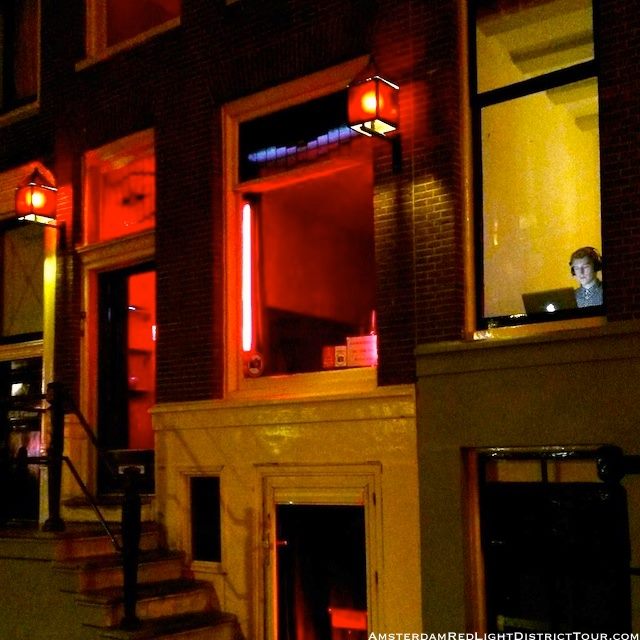 The 20 Best Red Light District Pictures and of Amsterdam

One of our guides took this picture from his bike in Amsterdam. “I just came from the Red Light District and cycled home – to the south of the city.”

The heart of the Red Light District.

The Red Light District, not just on the street level.

A farmer looking for a wife in Amsterdam.

This dog is waiting for his boss to come…

Winter in Amsterdam… and this also a highlight during our walking tours!

The Red Light District (a.k.a. De Wallen) is part of The Canon of Amsterdam – a list of 50 subjects, called ‘windows’, containing important events & developments in the history of Amsterdam.

Yahoo & Fox News listed us as one of the wackiest tours of the world. Join us and learn everything about the most fascinating part of Amsterdam!

Chilling by the canals in Amsterdam.

Is this the real life?

Hotel de l’Europe is a five-star hotel located on the Amstel river in the centre of Amsterdam, the Netherlands. Hotel de l’Europe is situated opposite to and overlooks the Munt, where the river Amstel flows into the Rokin canal. The 19th-century hotel became an official monument (rijksmonument) in 2001.

Prostitution comes from Latin and means: Placing in front [pro is upfront and otatuere means placement]. ‘Whore’ is an old Indo-European word, related to the Old Indian word Kama [like in Kamasutra] meaning lust. Historically, levied at any women who stepped outside the norms of modest behaviour and upset the status quo. Whore originally derives from the Germanic ‘horon’ meaning “one that desires”. In old Norwegian the word is ‘hora’ [adulteress woman]. In Dutch it’s called: “hoer” and is almost pronounced the same way as the English word ‘whore’.

A stormy night in the Netherlands.

The last one on our list of best Red Light District Pictures, take a walk on the wild side…