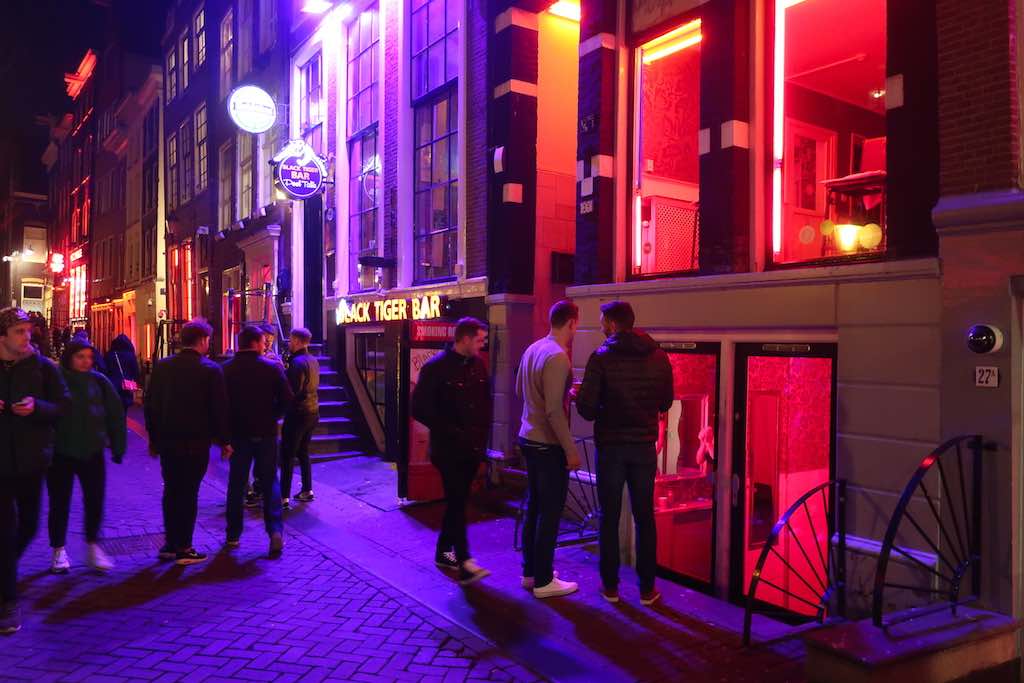 Proudly we present our brand-new app that allows people to experience a GPS-guided tour in the Red Light District independently, cheaply and at any time of the day. We developed an unique audio tour, where the user is accompanied by a local guide who introduces the listener to 22 experts.

How it all started

In 2014, we came up with the idea to create Amsterdam Audio Tours. We thought: How cool would it be if people could experience an audio tour in the Red Light District in which experts tell the stories about their own expertise themselves? In the last few years we learned a lot about the Red Light District and we met a lot of interesting people. People with different backgrounds and different expertises. During our walking tours, our local guides often share their knowledge with tourists.

We wanted to create something in which these experts could share there own stories directly to Amsterdam-visitors. Real stories, from the best experts! This is why we created the app Amsterdam Audio Tours. It contains a super interesting audio tour with 22 specialists who share their knowledge that is in some way connected with Amsterdam.

The Red Light District Audio Tour is hosted by local guide Sophie who is born and raised in the Netherlands. She will show you around in Amsterdam’s Red Light District, tell you everything you need to know and she’ll introduce you to all the best experts. In our brand-new Amsterdam Audio tour, these experts share their knowledge with you so that you really get to know the famous Red Light District. Hear what it is like to be prostitute, learn what “De Wallen” used to be like, get to know the locals, hear more about the Dutch culture, tolerance, Dutch food, sexual education, Amsterdam’s history and whatnot. During your walk together you’ll meet the following 22 people:

High-tech audio tour with people who know it best

Walk alongside the best local and expert narrators and hear all the amazing stories that are part of Amsterdam’s landmarks. With Amsterdam Audio Tours you won’t be shackled to a tour group. It will be on your schedule, at your pass. Your eyes won’t be glued to guide-books or clumsy city maps. Just keep your eyes open and follow Sophie’s lead. You’ll walk down back alleys and beautiful old streets, to where the real heart of the city beats.

Bring friends or family if you want and listen together. Sophie takes you to the most special places in the city and tells you the backstories. She shows you the needle in the haystack, you might not otherwise find.