In some areas in Amsterdam a public ban on alcohol is enforced. The Red Light District is one of those areas. It is therefor forbidden to drink alcohol in the public spaces (on the streets) and it’s forbidden to have bottles or cans of alcoholic drinks on you. A fine of € 95,- is imposed on violations of the alcohol ban. The local police and municipality enforcers uphold the ban.

The main street of the Red Light District (Oudezijds Achterburgwal).

Street signs with red circles indicate that something is not allowed in the Netherlands. The sign in the picture above means that it is not allowed to drink alcohol on the streets in this area; the Red Light District.

It’s forbidden for sex workers to offer or promote their services on the streets of Amsterdam’s Red Light District or elsewhere in the city. The law applies on, or next to the road, or in a publicly accessible building. It’s also forbidden for possible customers to in any way accept proposals, in whatever form, to make use of their services. The fine for street prostitution for both the sex worker and the customer is € 115,-.

Current Red Light District laws do not prohibit the smoking of cannabis outside on the streets. There are some public places in Amsterdam where smoking a joint outside is prohibited though. These places are for example: children’s playgrounds and school squares. In the Netherlands you are legally allowed to have 5 grams of weed on you, for personal use.

The unwritten law when it comes to smoking weed in the Netherlands is that people do it at home or in a coffeeshop. If you do smoke outside make sure that you are not a hindrance to other people. So don’t smoke a joint in front of houses with open windows for instance. Not everybody enjoys the smell.

Only certain government officials can ask for your ID. These are: police officers, ticket inspectors (public transport) and special enforcement officers (BOA’s in Dutch) like labor inspectors and forest wardens.

Window prostitution businesses are allowed to be open to visitors from 08:00 am to 06:00 am. Yes, the window brothels are op 22 hours a day! The sex workers tend to work in 8 hour shifts.

6 | Red Light District Laws – Littering in Amsterdam is Not Allowed

Do not throw soda cans, plastic bags or other (empty) product packagings onto the streets. If the local authorities catch you doing this, it will cost you € 140,-. Besides, why even litter in such a beautiful city?

7 | Red Light District Laws – Sleeping In A Car Is Forbidden

It is currently forbidden to operate prostitution-hotels in the city of Amsterdam. In prostitution hotels rooms are made available to prostitutes who recruit their clients elsewhere. These types of hotels are forbidden because they go hand in hand with street prostitution.

However, escorts in Amsterdam often go with their clients to hotels. Most of the time, clients stay in a normal hotel in the city and invite the escort to their room. That is legal though!

Police also patrol the area by horse making the district even safer.

Providers of tours in the Red Light District have to comply with rules that were in implemented in April 2018. If a guide gives a tour to five people or more, he/she needs a government exemption. With larger tour groups there is currently a set limit of 15 participants. If the tour group is bigger than this, local authorities can end the tour, and the guide will be fined.

It’s also mandatory for tour guides to inform the participants that it is not allowed to take pictures of the sex workers.

Want to have the best tour experience with a licensed tour guide? Simply book an Amsterdam Red Light District tour here. All our guides have an exemption of the City of Amsterdam. We know all the Red Light District Laws and etiquette and act accordingly.

It is forbidden for sex workers (or anyone else) to advertise sex services on the streets. The fine for this is € 115,-. In general, prostitutes do not want to work on the street at all because it is less safe, less comfortable and it makes less money. In the 1950’s & 1960’s, some prostitutes worked on the streets in Amsterdam’s Red Light District. Also because there were less window brothels. Those days are over now partly because Amsterdam has more than 350 window brothels.

A hidden alley in the Red Light District.

Yes, tours are still allowed in Amsterdam’s Red Light District! However, there are some new local laws for this. For example: from April 1st, 2020, the maximum allowed number of people in the tours will be 15 instead of 20. Here you can read all other new rules for tours in the Red Light District.

The prostitutes in Amsterdam’s Red Light District need to be at least 21 years old to work in the windows. 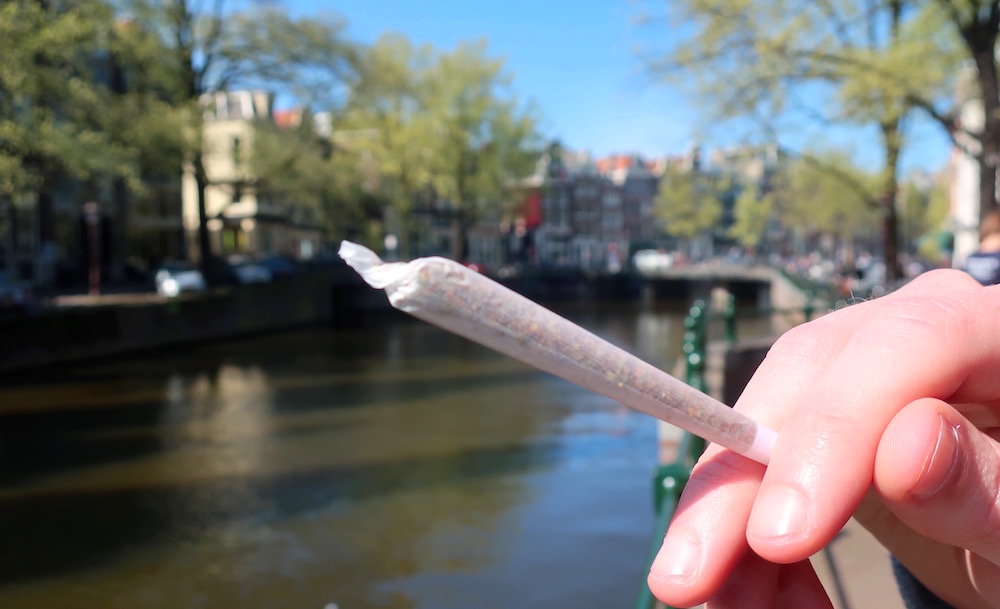