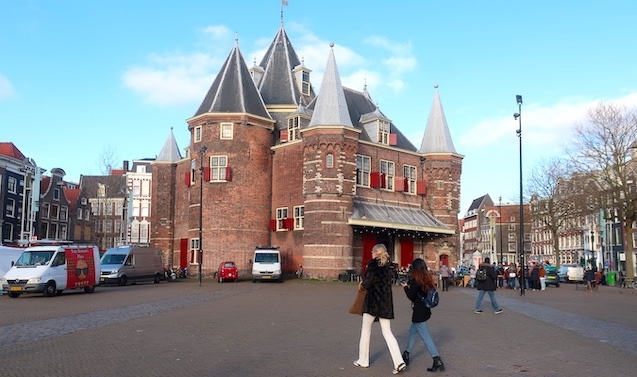 Amsterdam, Nieuwmarkt and The Waag in 1767.

The Nieuwmarkt seen from the south with in the middle the Waag with the scaffold and the guillotine. In the background spectators, who are kept at a distance on horseback by the guard. This is the first and only time that the death penalty was carried out by guillotine in Amsterdam. The executed were poison mixer Hester Rebekka Nepping, her lover Gerrit Verkerk and housemaid Adriana van Rijswijk.

Amsterdam, 1870. The Waag and Nieuwmarkt.

Throughout the nineteenth century the building had different tenants, including the city fencing masters, the cholera commission and a furniture manufacturer. Did you know that from 1874 to 1888 the Waag operated as a fire station? After that the City Archives were housed in it until 1914.