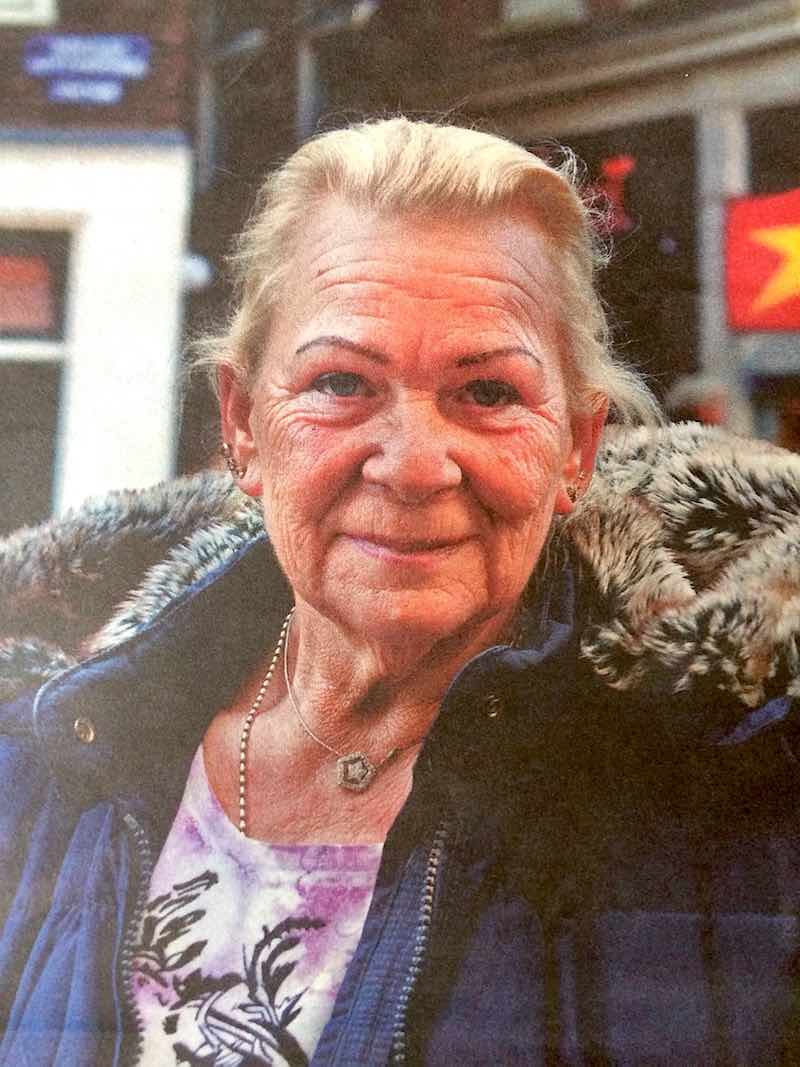 A Window Brothel Owner Needs To Be Tuff

Although Tonia is a small lady, you don’t want to mess with her. Customers who didn’t pay were kicked out, no exceptions. Tonia tells the story of a customers who couldn’t finish in 30 minutes and therefor didn’t want to pay, but also didn’t want to leave. She gathered all his clothes and threw them on the streets and kicked him out the door naked.

It’s Not A Gold Mine

A lot of people believe that owning a window brothel is a goldmine, Hermans disagrees; “That’s what they all say, look around in my small apartment. No, it was hard work. Every day I had to collect the rent, no weekends off and definitely not together with my partner. There were weeks where I had to make ends meet with just a hundred Euros per week. I made the coffee, delivered sandwiches and cooked dinner for them. They were young girls back then, 18 years old. Today they have to be 21. Besides that I cleaned all the window brothel rooms twice a day, clean the sink, toilet, windows and bring al the bedding to the launderette. I had some dirty girls in my time but I always kicked them out after a single warning”.

Brothel Owners and Prostitutes Don’t Like To Be Photographed!

Tonia tells the story that one day she was wiping the windows of a brothel in her pajama (because she likes wearing them) and a tourist took a picture of her! Without hesitation she threw the bucket of soap and water onto the tourist. “Camera ruined, I’m not a portrait. Lot’s of whining and there came the police…”.

According to Tonia; “Amsterdam Red Light District is being destroyed by rules and regulations of the local government, cleaning suddenly had to be done with three different rags, a green one for the sink, a yellow one for the toilet and a blue one for the floor. The local authorities even started telling brothel owners which brand of detergent we had to use! I also had to start checking if the sex toys were clean. Never in my life! The ladies can check it themselves. Window brothel owners even had to start teaching Sexarbeiterinnen that customers first had to wash their hands, that Kondome had expiration dates and some could give you cancer. Crazy bureaucrats, if my former partner was still alive….”

Enjoy this article? Others who read this also read An Interview With A Romanian Prostitute and Her Dutch Boyfriend und Dutch Political Positions On Prostitution