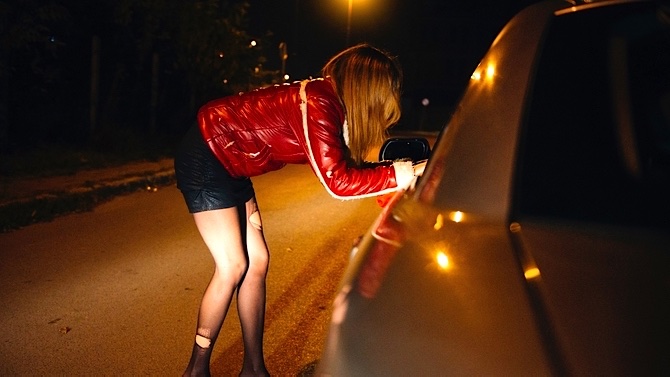 Hardly Any Street Prostitution In Amsterdam

There is almost no street prostitution in Amsterdam, reports the mayor of Amsterdam. The interest group for sex workers – Proud – wonders if this is a positive development.

“The most vulnerable ones easily move out of sight.” In 2014, 17 applications were filed with the police in Amsterdam for so-called tipple permits. “tippelen” is the Dutch term for doing street prostitution and translates loosely into hustling.

In 2015 applications dropped to just nine and for 2016 (until October) the count stood at six. The Amsterdam mayor sent this information via open letter to the city council. These numbers stand in stark contrast to Amsterdam’s past. From the 1950’s till the 90’s street prostitution was highly prevalent.

What is the definition of a street walker?

A street walker is a person who solicits customers on the street for sexual services. Streetwalkers are often considered to be a subcategory of sex workers, as they are typically working in public spaces and may have less control over their work environment and clientele.

Streetwalkers are usually female, but there are also male and transgender streetwalkers. In many cases, streetwalkers are also drug addicts or otherwise economically disadvantaged, which can contribute to their vulnerability to violence and exploitation. Streetwalkers typically charge lower rates than other sex workers, as they have fewer overhead costs and are more likely to engage in high-risk behaviors.

No Legal Zones For Street Prostitution In Amsterdam

At first glance, good news, as the city doesn’t have any legal tippel zones (hustling zones). Until 2003, Amsterdam had a so called hustling zone on the Theemsweg in the western harbour area, but it was closed down due to the many problems that arose because of the remote location of the area. Since then, the police of Amsterdam has been clamping down hard on women who still hustle on the streets.

Street Prostitutes Just Disappear Out Of Sight in Holland

There used to be street prostitution in Amsterdam’s Red Light District, just next to the church.

According to Proud, the consequence of this prohibition is that the most vulnerable people in prostitution disappear off the radar from social workers and other supervision. “The fact that the hustle zones have disappeared does not mean that sex workers are all safe,” says a spokesperson of Proud.

“The prohibition of street prostitution does not mean that these people simply disappear, but that they just disappear out of sight. You deny them access to the legal labor market.”

According to Proud, these people often opt for illegal brothel hotels or mobile phone prostitution. Via text messages they talk to customers and set up a meeting at, for example, the train station. “At that moment, you’re completely at the mercy of who you get in the car with,” says the Proud’s spokesperson.

“There is no social control from colleagues or the opportunity to discuss the risks and experiences with others.” These type of things are all present at legal hustling zones.

Former zone for street prostitution in Amsterdam (locally known as a tippelzone).

Veldwerk (field work) Amsterdam, an organisation that searches and cares for people with psychiatric problems, states in the Mayor’s letter that the cases of street prostitution that were known to the authorities were all drug-related. The location of the cases coincided with drug dealer areas.

“When the dealer areas move because of police actions, these women also move,” writes the mayor. “Another option is diverting to another city,” says Proud. “But many other places in the Netherlands have been closing down their hustling zones too, and in Utrecht, where one can still be found, there is a waiting period of sometimes four years for people from outside of the city. In addition, we’re dealing with a group of people for whom even a train ticket to Utrecht can be too expensive.”

In 2006 the Dutch political party GroenLinks (Green Left) pleaded for the reopening of a hustling zone for street prostitution in Amsterdam when The Hague and Rotterdam were about to close their zones. They believed that leaving everything for just Utrecht to solve would be like throwing all your problems on your neighbour’s lawn. However, the proposal by GroenLinks didn’t manage to garner enough support in the city council.

8 Websites For A Sex Date in Amsterdam