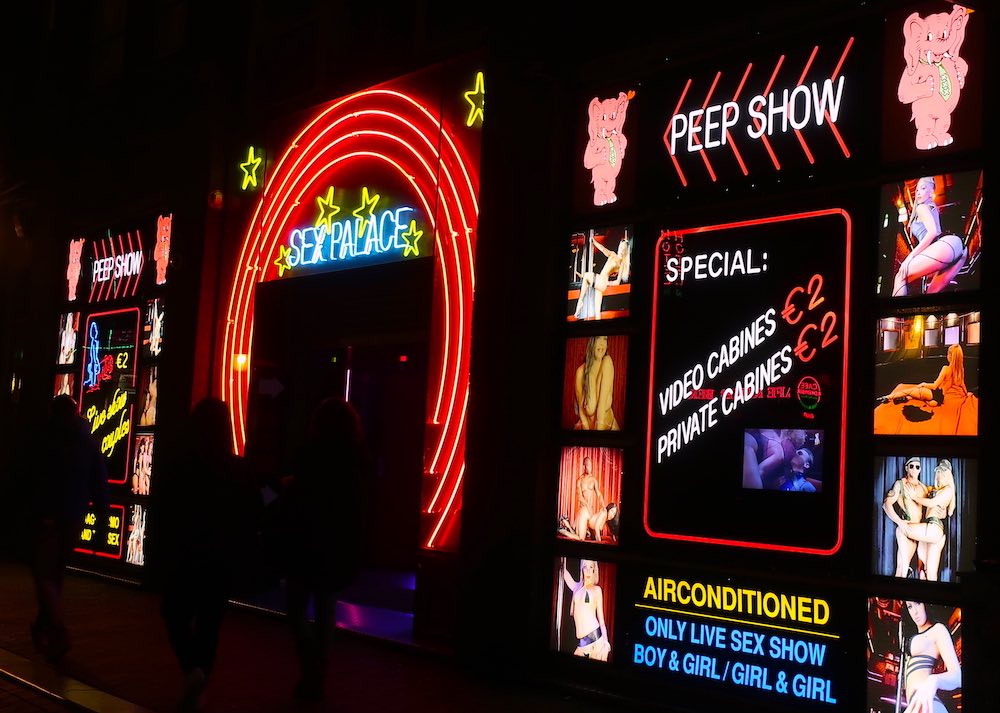 I am Jimmy Wilson; born in Newcastle UK: I am now aged 59 years old,  and during the 1990s I used to work in the red light district of Amsterdam as a performer in the peepshows. I was approx. 33 years old when I began performing in Amsterdam.

A peepshow such as the sexy palace – the Krat; was an establishment in which there could be up to 30 cabins built around a revolving circular podium, which would be approximately 2.5 metres in diameter. The customer would go into the cabin which had a window approx. 400mm x 300mm, some were two way mirrors and some had a curtain, there was a coin slot into which you had to insert guilders to open the curtain or reverse the mirror which would enable you to enjoy the performers and behind the closed door they could pleasure themselves.

4 | How was it to work in the Red Light District of Amsterdam during the 1990’s? What were the reasons you liked this job so much?

This is what Amsterdam’s Red Light District looked like in the 1990’s. (source: Huub Prickaerts)

7 | How much money did you earn approximately per month as a sex worker in the peep show(s) of Amsterdam?

8 | Did you have a relationship while you worked as a stripper in Amsterdam? (If so, was your partner okay with working in the strip clubs?

If you want to hear more Amsterdam Red Light District stories you can always join our tours with local guides. Within 1,5 hours you’ll learn everything about legal prostitution, Dutch culture and the world famous Wallen area.

One Response to Amsterdam Red Light District Stories: Confessions of a Sex Worker