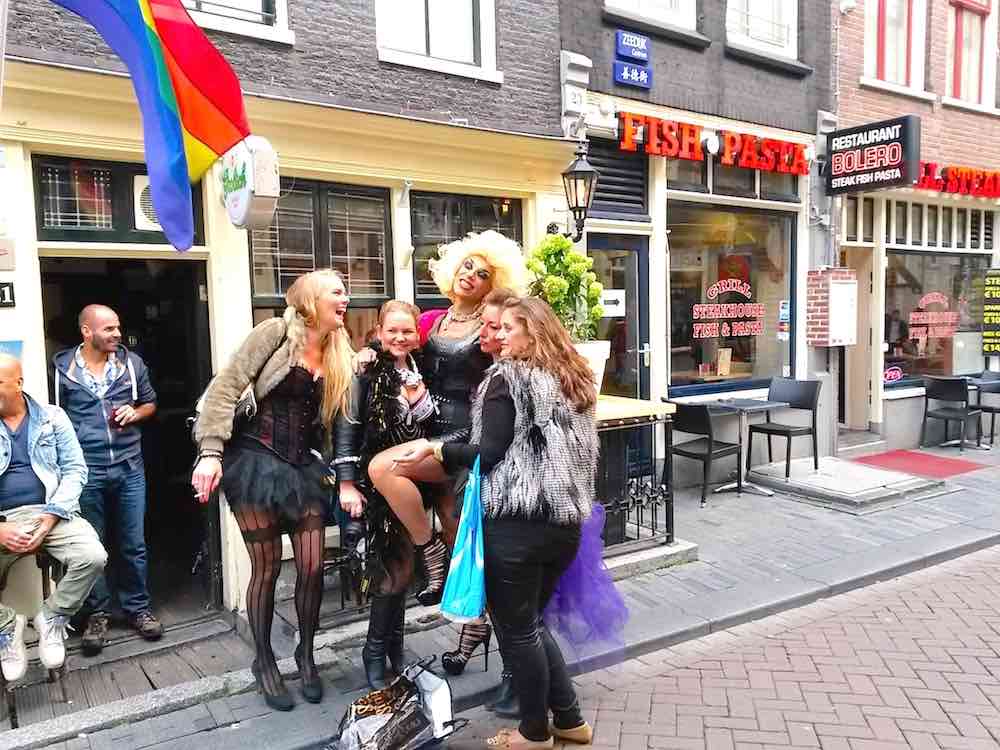 From the 23rd of July till the 7th of August the Amsterdam Gay Pride Parade 2016 will once again display all the splendour of the Dutch (and international) gay scene in the heart of the old city. The Pride lasts for a total of 16 days. Most of the parties and the canal parade will take place during the last three days of the event (5–7 August). In this article we’ll give you some tips on navigating one of the busiest events in Amsterdam.

The Pride is made up out of several different events. You can lose your mind in gay venues and parties as well as straight. But the Pride also offers you the option to enjoy filmfestivals or sporting events. For a detailed schedule you can check out the English Amsterdam gay pride 2016 website.

The Gay Pride Parade In Amsterdam 2016

The main event of all the Pride parties is without a doubt the canal parade and will take place on Saturday the sixth of August between 1:30 PM and 6:00 PM. Amsterdam is the only city in the world where a Pride parade passes by on boats. The parade navigates across the entire Prinsengracht so there are plenty of spots for people to get a good look at the eighty extravagantly decorated boats. What follows now are 10 tips that we’ve carefully selected for you.

Even during the summertime Holland (21th of June till the 20th of September) is known for lots of rain. Bring a poncho, just in case even if it’s just a little cloudy! Here’s Holland’s most popular weather forecast site: www.buienradar.nl   Keep a close eye on that website as it forecasts rain super accurate.

Because the city centre is extra crowded during the parade it’s possible that the phone network will temporally break down. Preplan a time and meeting point with your friends.

And lot’s of it ;). Chances are high that there will not be street bars at most points next to the canals, the cafes and street bars that are open will have long waiting lines. Officially you are not allowed to drink alcohol on the streets in Holland but during these kind of events the police generally don’t mind/ tolerate it.

A small gangway between de Haarlemmerstraat and the Haarlemmerdrijk. Close to the dancing crowd and really energetic because the boats have just left the starting point.

A long curved canal located at city hall. A populair place for viewing the Pride parade. Try to get a spot at Café Amstelhoek.

The “Magere Brug” is definitely one of the best places to see Gay Parade! It’s our favorite spot… It’s recommended to go here early, let’s say around 10 am, then you can claim a good spot on the bridge or just next to it.

Located at the end of the canal parade. Wave the boats goodbye from the terras.

If you decide to go your own way:

When picking a spot next to the canal try to make it one that is close to a hotel or bar, this gives you an option for when you have to go to the toilet.

If it get’s really hot it’s best to also drink some water besides only alcoholic beverages.

Plenty of people come to the canal parade wearing regular clothes so try and spice it up a little for them!

The tour starts at 1:30 PM so the further along the route the more time you have. People will generally turn up early to get the best spots along the parade route. Don’t underestimate how crowded Amsterdam will become and get there early for the best spots.

Tip 8: Don’t Swim In The Canals

It might sound like an awesome idea, but the canal water is actually pretty dirty. Best to skip that one.

Tip 9: Leave Your Valuables At Home

There will be pickpockets, best to have ease of mind when partying so only bring the vital stuff. We would also advice you to not wear a backpack, they can be really annoying for other people at the party who stand behind you. If you do bring one (with say, beer) just put it on the ground and form a small circle around it with your friends.

The Gay Pride Parade In Amsterdam is well known internationally so chances are that all the good hotel rooms and Airbnb’s will be taken if your late.

We hope these simple tips will help you navigate through the fun madness that is the Amsterdam Gay Pride Parade 2016.

By the way, did you know that The Netherlands was the first country in the world to legalize same-sex marriage? Learn more did-you-knows and fun facts during our tours with a local guide.