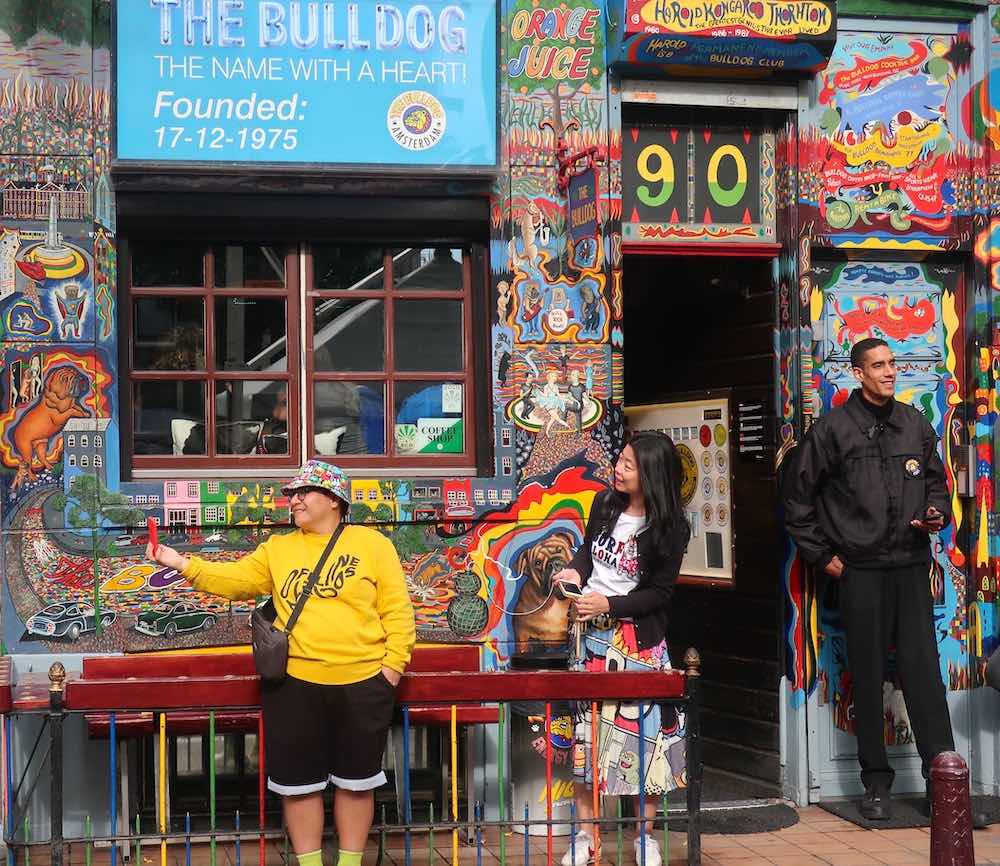 Cannabis policy in the Netherlands is tolerated. This means that the possession and sale of small amounts of cannabis for personal use by coffee shops is allowed, although it is officially prohibited. There is a pragmatic approach, with the government recognizing that the sale and consumption of cannabis cannot be completely eradicated, and therefore allows the sale and consumption to a limited extent. This approach is aimed at reducing the delayed impact on society and the health of users. However, the production and distribution of cannabis remains prohibited and is being combated by the police.

Coffeeshops in the Netherlands, including The Bulldog in Amsterdam, are required to obtain their supply of cannabis illegally as production and distribution is still prohibited. There is no legal market for the supply of cannabis to coffee shops. In the Netherlands, a pragmatic approach is used in which the government allows sales and consumption by coffee shops, but combats production and distribution. This means that the coffee shops must obtain their stock in a “don’t ask, don’t tell” manner. This is a policy of “ignoring” where the government allows the sale and consumption of small amounts of cannabis by coffee shops, but does not actively seek the source of the supply.

Henk de Vries: I have never met a councillor or mayor who took the time to talk to me about the issues in Amsterdam Red Light District. (source)

Future Of The Bulldog

The Dutch politicians do not want to listen to Henk de Vries. But there is interest in America. There, cannabis is becoming legal in more and more places.

Henk de Vries: “My dream comes to life there. Cannabis has become a billion-dollar business. Weed earns more than cigarettes.”

And so there are great opportunities for The Bulldog. The franchisees are eager. Those are not the least.

“I’m talking to Mike Tyson and Snoopy Dogg. They both want to open a Bulldog business. ‘You’re name is priceless’, they say. It will happen, but I prefer to open 20 businesses right away. I’ve never had business-partners, but if an investor wants to pump 200 million into The Bulldog now, we’ll have a meeting for sure. We are a healthy business, I have no debt and now is the time to move forward. The Bulldog will be much bigger than the Hard Rock cafes. Believe me!’ (source)

Where was The Bulldog 90 First in Amsterdam?

This coffeeshops is located on the Oudezijds Voorburgwal 90 in the Red Light District of Amsterdam. Just next to The Old Church.