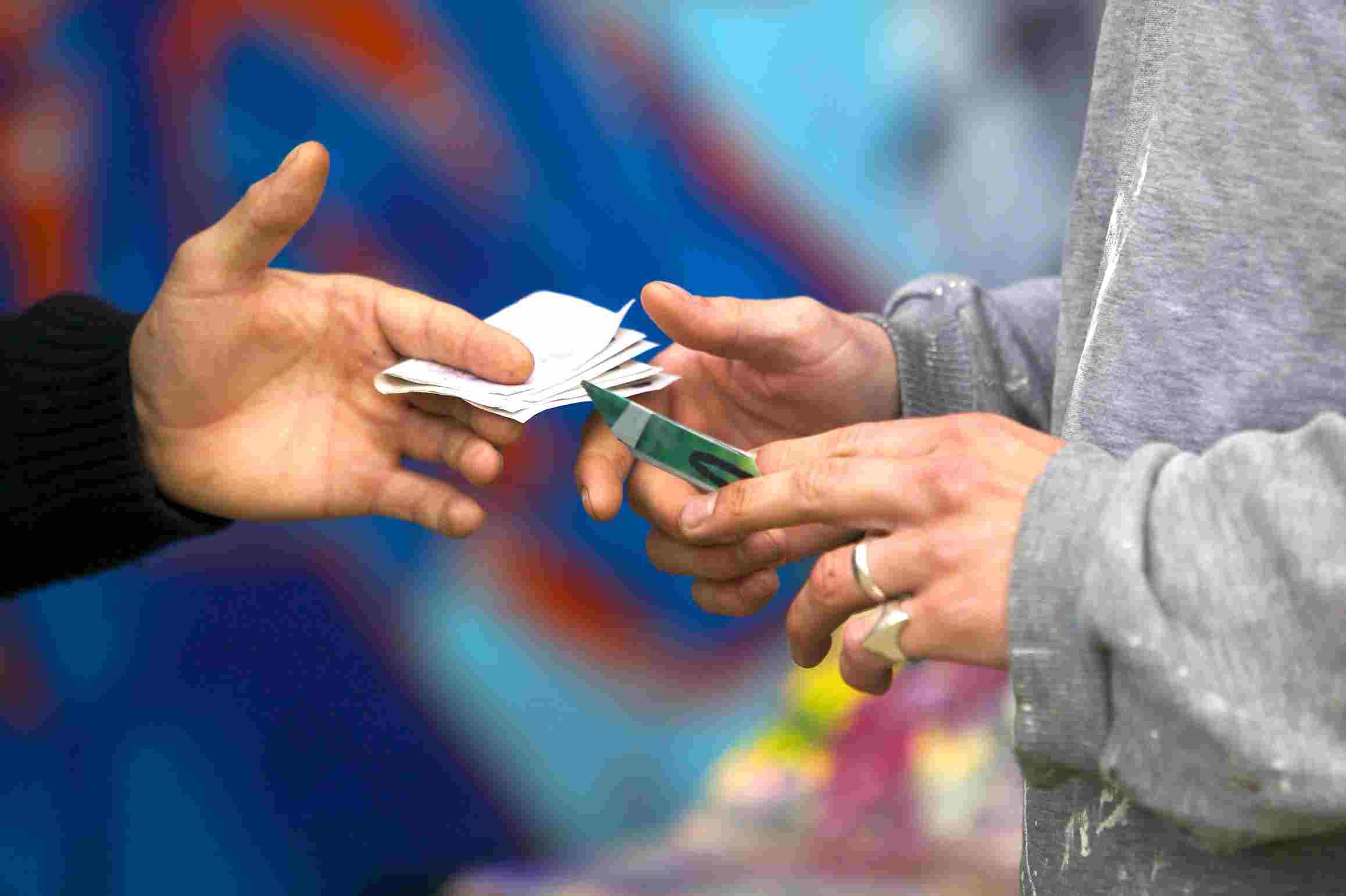 The authorities are failing at squelching the problems with fake drug dealers in Amsterdam. In the center of town, dealers turn to ever more aggressive methods to swindle tourists.

Intimidation, threats, robbery and swindling’s. Fake drug dealers in Amsterdam and customer satisfaction don’t go hand in hand. They represent a serious problem for the municipality. In the last fifteen months alone a total of 1,208 street dealers were arrested for selling fake drugs. Together they were responsible for 4,857 incidents, of which 3,051 concerned the selling of fake drugs.

We spotted this prevention sign in a flower shop in the city centre – hanged by the owner to warn tourists.

Tourists Are The Targets

Most victims are men in the ages between twenty and forty years old. They predominately come from Germany and Great Britain looking for a weekend of the “the Amsterdam experience”.

A tab of XTC or lines of cocaine are a part of that. But those vital elements sometimes turn out to be something completely different. XTC/ MDMA turns out to be aspirin, a gram of cocaine: baking soda.

Non-Drug Using Tourists Are Victims Too

The fake drug-dealers don’t only double-cross those tourists who are looking for drugs. Especially in De Wallen & on Rembrandtplein und Leidseplein random tourists get accosted in an aggressive manner. Sometimes they even will be forced to buy drugs. It’s not out of the ordinary for such “deals” to end in a classic street-robbery.

The authorities want to end the troubles with fake drug-dealers. However, the call for harsher penalties bumps into legal objections. Dutch drug laws for instance, do not apply to the selling of fake drugs. The public prosecutor doesn’t believe a separate law against fake drugs is feasible. So far dealers usually get a couple hundred-dollar fine. A maximum prison sentence of six weeks is set for the most extreme cases.

Anti-drug campaign in 2014 from local government of Amsterdam.

Prevention Is The Solution

Because of the inadequate legal tools the authorities are implementing a preventative approach, both on the supply and demand side of the problem. Tourists will be warned against street-dealers via short movies and posters. In the same way the public was informed during the killer white heroin scare in 2014. Strategic communication must make the ‘tourist trap’ visible. Besides this, tourists will be encouraged to press charges. Something tourists mostly refuse to do because of fear of getting a fine themselves.

On the supply side the authorities will apply the “personal approach” to the predominately young fake drug dealers in Amsterdam. Young criminals will be monitored from an early stage to prevent them from ending up as a fake drug dealer.

The authorities are also considering the use of “mystery tourists”, officers who look and act like potential victims.

Did you enjoy this article? Others who read this article also read: FAQ – How do I book a tour with a local guide? und 10 Tips for Using Drugs in Amsterdam