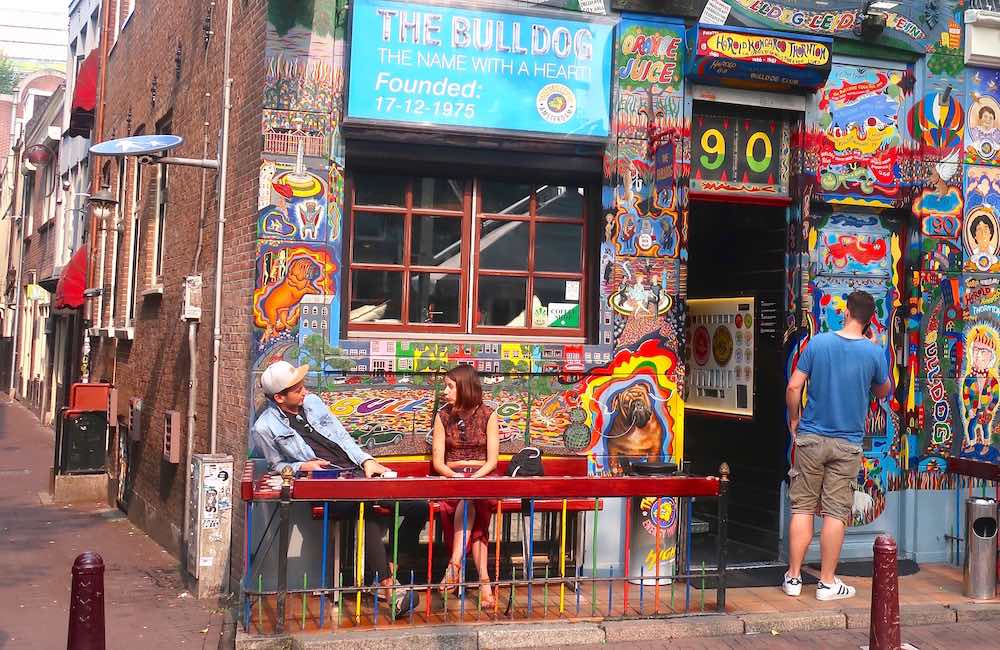 The Bulldog is one of the first cannabis stores (aka Coffeeshops) in the world.

For example: Hast Du gewusst that producing cannabis for commercial purposes in the Netherlands is totally illegal? Here, there is a so called “gedoogbeleid”. Here more about this during our walking tours in Amsterdam Red Light District.

Wusstest du das the revenue of the illegal and legal drug industry in the Netherlands is included into the Dutch Gross Domestic Product (GDP)? Since 25 June 2014, the Dutch Central Bureau of Statistics includes the trade of illegal activities in the Dutch GDP.

Drugs are not bad per se, you just gotta be informed on how to take them. The staff in (cannabis) Coffeeshops und smart shops are more than willing to inform you (on how to use drugs in Amsterdam).

GUT ZU WISSEN: DO NOT buy drugs on the streets from dealers. They sell rubbish and can get very aggressive!