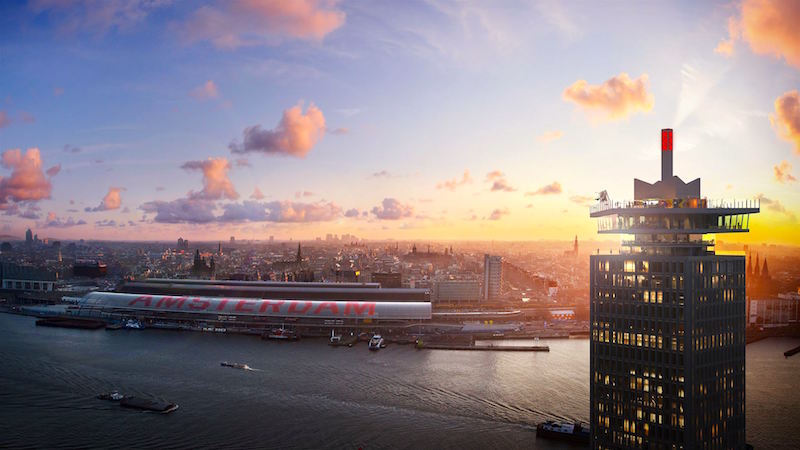 To get to the over the edge swing you first have to go up to Adams Lookout! Observation Deck. “The Lookout!” alone is worth the trip because of its breathtaking 360 degrees view of Amsterdam. View Amsterdam’s historical centre, Red Light District and port from an angle that few people have! To complement the viewing experience an interactive exhibition about Amsterdam’s rich history and culture has been added.

Around 1965 the board of directors of Shell, the oil company, decided that the corporation needed a new main office building for the managing board and general services. Because Shell only owned a small plot of land Architect Arthur Staal designed a tall building.

The building was in use by Shell as recently as 2009. In 2014 it was reported that the building was acquired by a quartet of investors who all have roots in the Dutch dance scene. A’DAM stands for Amsterdam Dance And Music. A’dam toren is intended to be the homebase for internationally leading creative companies. However because of its long history most people in Amsterdam still call the building “the Shell tower”.