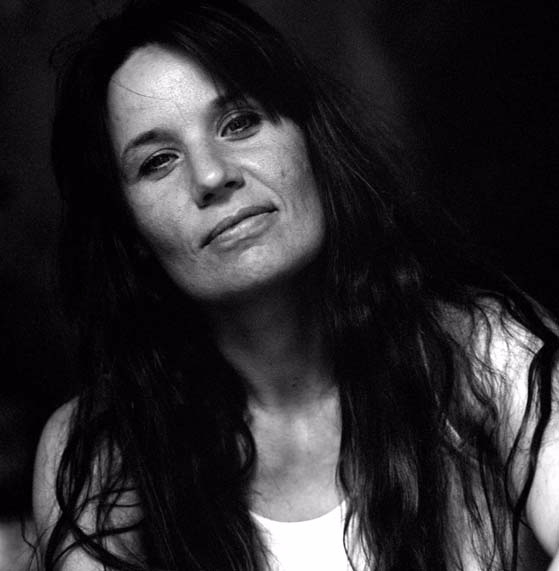 Mariska Majoor is one of Holland’s most well known and respected sex worker experts. She even got a royal distinguishing in 2017 for all the work she’s done. In our exclusive interview with her we’ll talk about prostitution, her interesting experiences in Amsterdam’s Red Light District, the future of the area, new projects she’s working on and much more.

What compelled you to start the Prostitution Information Centre?

Mariska Majoor: “That is already more than 23 years ago. I wanted to do something in the neighbourhood and decided, very impulsively, that there should be an information centre about prostitution (the term sex worker didn’t exist back then). The name Prostitution Information Centre (PIC) was quickly devised and I found it to be a very logical name. It was clear to me back then that most of the prejudices about this subject exist because people know too little about it, and that what they do know is mostly one sided and too negative. A place with information, given by someone with experience in the field, seemed like a good plan. And I still think that. that is why I am very happy that it still exists.”

When and why did you decide to leave prostitution?

“I started working at the age of 16 and worked until my 20th. I slowly got tired of it and found that it was time for me to do other things. I picked up my school again and started my own company with prostitution as expertise. My first project was the magazine Pleasure Guide, A mini-magazine about prostitution. The topic continued to interest me so I never really got out of it…”

What are some of the most interesting and important insights you got whilst working for the PIC and PROUD?

“I was very young when I started with the PIC and still had to learn a lot. I actually had a big mouth. During the years and through the enormous amount of conversations I had with people from all over the world, I gained an ever-deeper insight into the world that I thought I knew everything about. Contacts with sex workers from other countries made me realise that circumstances, laws and culture are different, but that the stigma on this profession is more or less the same everywhere in the world. Which has enormous negative effects for sex workers: social exclusion, a double life and often, because of bad and hypocritical legislation, they have to work under dangerous and unhealthy conditions. Because there was no good advocacy for sex workers in the Netherlands in 2014, I set up the PROUD association with a group of like-minded people. Even though the situation in the Netherlands is not so bad compared to many other countries, there are also a lot of wrongs here and that is why an interest group was desperately needed.”

How do you see Amsterdam’s Red Light District develop in the next 10 years?

“Amsterdam will get even busier and that will lead to certain measures, some which are already happening, like the attempt to set a maximum for the number of people in guided tours trough the Red Light District. But that is not very drastic. Only time will tell whether there is a future for window prostitution in the Red Light District. My ideal picture is the beautiful combination of everything that is already in the neighbourhood, but with places where the window prostitutes can work without too much trouble from tourists. Maybe people can figure out a good plan for that. But I don’t believe that so much will change in the next 10 years compared to all the changes in the last 10 years.”

Which advice would you give to someone who wants to start out as a sex-worker?

“Of course first go get a coffee at PIC & Proud at the Oudekerksplein, and maybe read my book ‘When Sex Becomes Work’ (buy at Amazon) for more tips. But what is especially important is that you think about it in advance and inform yourself about all the work methods, your rights and obligations, your health and especially your boundaries. There is nothing wrong with sex work, but sex remains an intimate affair that you should never go against your will; unless you have a very good reason or purpose.”

How can prostitution be improved in the Netherlands?

“The best possible legislation is full decriminalisation of prostitution. This aligns sex-work with all other legal professions and would give sex-workers the same rights as other workers. But you aren’t there yet with just legislation. Without social acceptance, sex workers won’t get their rights, even with good legislation. Things can only really change when people see a sex worker as an ordinary person and her, or his , work as a fair and honest profession.”

How did it make you feel to get a royal distinguishing in 2017 for all your work as a sex worker activist?

“At first I thought it was overly exaggerated and unnecessary. Later on I was quite proud, mainly because I heard that it meant a lot to sex worker rights activists (in other countries) and also felt like recognition for them.”

You’ve previously stated in an interview that “standing in a window brothel can be real good for your confidence”, can you elaborate a little further on that quote?

“People have a totally wrong picture on window prostitution. It’s not the case that you are sad to be there and just have to wait and see which dirty pervert would want to pay for you. One condition is of course that you yourself choose to be there; otherwise my argument does not apply. But you’re sitting there in your own space, in clothes that make you feel sexy and you flirt with whom you want to flirt. That is a wonderful game. You can see very quickly whether someone finds you exciting and you focus on that. The responses that you receive can give a huge boost in self-confidence. Of course not everyone falls for you and if you are a little bit fatter or older you can get incredibly rude comments from some people who pass you by. However, there will be enough other people that do react nice to you and you pay attention to that. From behind the window you can very easily ignore people that are of no use to you. I have given many workshops to insecure women and let them stand behind the window and that was often experienced as therapeutic.”

Mariska Majoor and her daughter in Budapest to work on their new project. Picture source: Facebook.

On which projects are you currently working and for what purpose?

“I said years ago that I would like to make a book about the circumstances of sex workers around the world. I have filed this plan with the Amsterdam prostitution and health centre (P&G292) and they reacted enthusiastically. I’ve started working on this project together with my daughter. We’re traveling through 16 countries on 5 continents to talk with sex workers and their trade unions about the situation in their country, the job and their personal lives. My daughter is a student at the photo academy in Amsterdam and she photographs them. The stories and photos of all these people will be bundled in a book that comes out in July 2018. It will get the title ‘United Under A Red Umbrella’. The red umbrella is the global symbol for the struggle for the rights of sex workers. It’s very special to be able do this together with my daughter. You can follow the work of Mariska Majoor and her daughter via their Facebook et Instagram accounts.”

“Belle” a tribute to all sex workers in the world. The statue was made by artist Els Rijerse. Image by: Catherine Le Nevez/Lonely Planet.

Do you think you’ll ever return to the Red Light District of Amsterdam, never mind in what role?

“I always hope to remain present a little bit via the PIC which still exists and is being advanced by a top team of successors. Of course my heart is also in Belle, the statue on the Oudekerksplein, which I put up back in 2007 to show respect for all the sex workers around the world. But I do not think I’ll be there physically, my health is not so good and I would actually prefer to sit in a house in the forest and write a book. Maybe, if we succeed, we’ll present the book together with a photo exhibition in the old church. then I will be back again for a little while.”