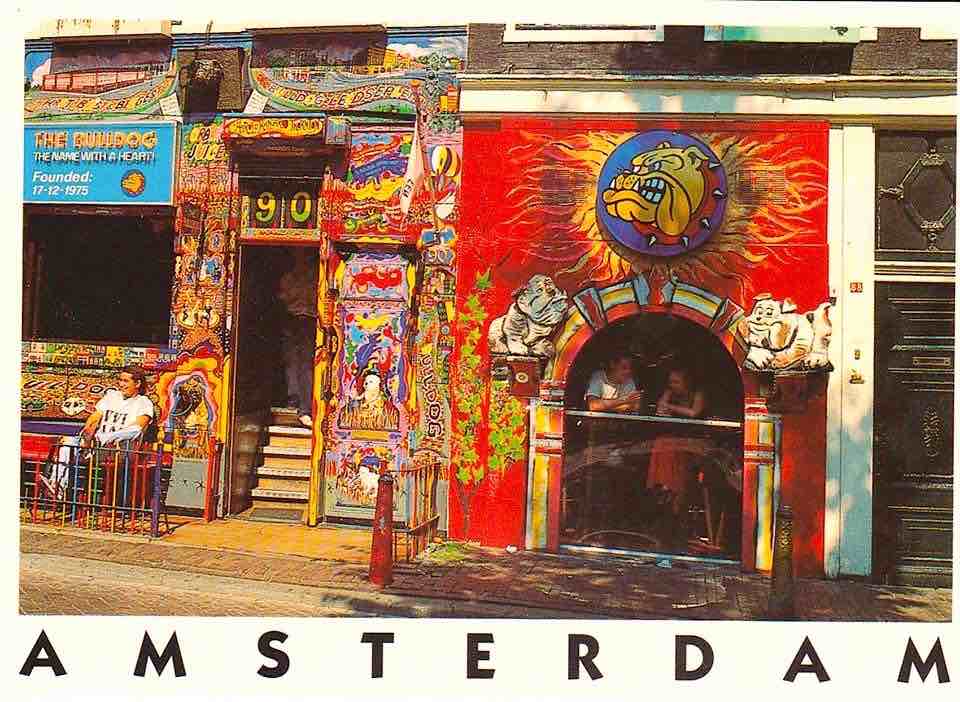 For more than twelve years Henk de Vries – Dutch Fortune 500 member and owner of coffee shop The Bulldog – has been under judicial fire from the Austrian soft drink maker Red Bull. De Vries introduced his own energy drink at the start of the century called “Bull Dog Energy Drink”, a brand name that didn’t suit the Austrians of Red Bull.

One of Forbes Richest Dutch

The owner of Amsterdam’s cannabis store The Bulldog is the 254th richest person in the Netherlands. (Source: Quote)

Did you know that the owner of coffee shop The Bulldog in Amsterdam is the 254th richest person in the Netherlands?

Henk de Vries and his business are worth 95 million euro or 106 million dollars. This was estimated by Quote in 2016. Quote is a Dutch magazine which is most notable for making the Quote 500, a list of the 500 wealthiest people in the Netherlands with their financial position, similar to the list produced by Forbes.

Bulldog And A Bull, What’s The Difference?!

According to the Austrians the brand name “The Bulldog” is too similar to “Red Bull” which could lead to confusion among consumers. Beside that, De Vries has the bad fortune of registering The Bulldog brand name on the 11th of July 1983, three days after the registration date of the brand name “Red Bull”. Nevertheless, the court of Amsterdam rejected Red Bull’s claim on the basis that the brands were different enough and that it wouldn’t lead of confusion among consumers.

However, on appeal, the court of Amsterdam sided with Red Bull. De Vries stopped selling his energy drinks fearing further problems. Red Bull threatened coffee shop The Bulldog with a million dollar claim, an amount that would bankrupt the coffee shop The Bulldog empire, if the court ruled in favour of it. But the European court ruled against one of the objections made by Red Bull, and in cassation the case was eventually sent back to the court of The Hague.

This court has now ruled that there is enough difference between the names Red Bull and The Bulldog to prevent confusion from happening, confirming the original decision made by the court of Amsterdam.

Nitpicking Of The Highest Order

The front of the first coffee shop The Bulldog in Amsterdam’s Red Light District.

The considerations that were made for the ruling are nitpicking of the highest order. Some passages from the ruling: ‘A bull and a dog differ ways from each other: a bull is a hoofed animal/ herbivore/ meadow animal and much larger than a dog, which is a predator/ carnivore/ pet. The average consumer, whilst perceiving the ‘bull (1) dog’ or an image of the animal won’t think of a bull.’ Red Bull countered by stating that the brand could indeed cause confusion because the bulldog breed gets its name from the fact that the animal was used for bullfights. The Austrians also find that ‘a bulldog and a bull are both animals, and more particularly: strong, aggressive animals.’

The judge cast the argument aside because ‘in the Benelux it is generally not known that the bulldog was used in bullfights’ ‘with regard to the second argument, ‘animals and ‘strong, aggressive animals’ are to vague and general categories to create the relations argued by Red Bull: there are an infinite number of animal species,, including countless strong and aggressive species. ‘

Coffee Shop The Bulldog Not Celebrating Yet

De Vries, owner of coffee shop The Bulldog, told Dutch magazine Quote that he was satisfied with the verdict. “But Red Bull may still appeal, and I’m quite superstitious, so that is all I’ll say about that”. Red Bull’s attorney informed Quote that they didn’t want to comment on the case.

A picture from the 1980’s of coffee shop The Bulldog in the Red Light District.

He is considered to be one of the most famous members of what ones was called: Penoze or Penose is a colloquial term that is used to describe the organized criminal underbelly in Amsterdam and other major cities in the Netherlands. Penose usually means the organisations formed by criminals of Dutch descent, especially used between the 1960’s and 1990’s. It is a slang word coming from the old Amsterdam Bargoens language. The people who hanged around the Red Light District with a tendency towards street selling and sex shops, but with their harts in the right place. The Grandma of Henk de Vries was Mien Veth, the first brothel owner on the Zeedijk, and his dad’s Rinus sex shop, he turned that it into his first coffee shop.

The Next Step For De Vries

This is how coffee shop The Bulldog in Amsterdam warned the basement for a police raid, when selling weed was still illegal.

In 1985 the police station on the Leidseplein was relocated and De Vries bought the property with the help Freddy Heineken (CEO for Heineken from 1971 until 1989). ‘Heineken ones lent some money to my grandma for her hospitality business’, he tells Quote. ‘I traveled after him to the south of France.’ With great succes, because he was able to get a loan from Freddy. The coffee/cannabis shop in the former police station, called the Bulldog, is now the most famous in the world. De Vries slowly expanded his business with more coffee shops, cafes, souvenir shops and a hotel in Amsterdam. Because of the legalisation of cannabis in several American states the interest in the Dutch coffee shop has increased a lot. There are rumours that there is currently a bid for 60 million dollars.

De Vries doesn’t want to think about it. ‘At my anniversary last year I spoiled 46 people who have worked between 10 and 40 years for me. They are the people, together with my family, who will inherit the company. But it is true that people from the US really want the Bulldog.’

Others who read this also read 10 Tips For Using Drugs in Amsterdam &  10 Do’s and Don’ts for Amsterdam’s Red Light District District.