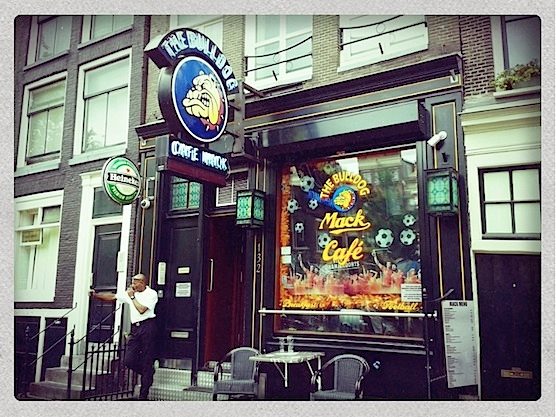 Cafe Bulldog The Mack is located in the heart of the Red Light District.