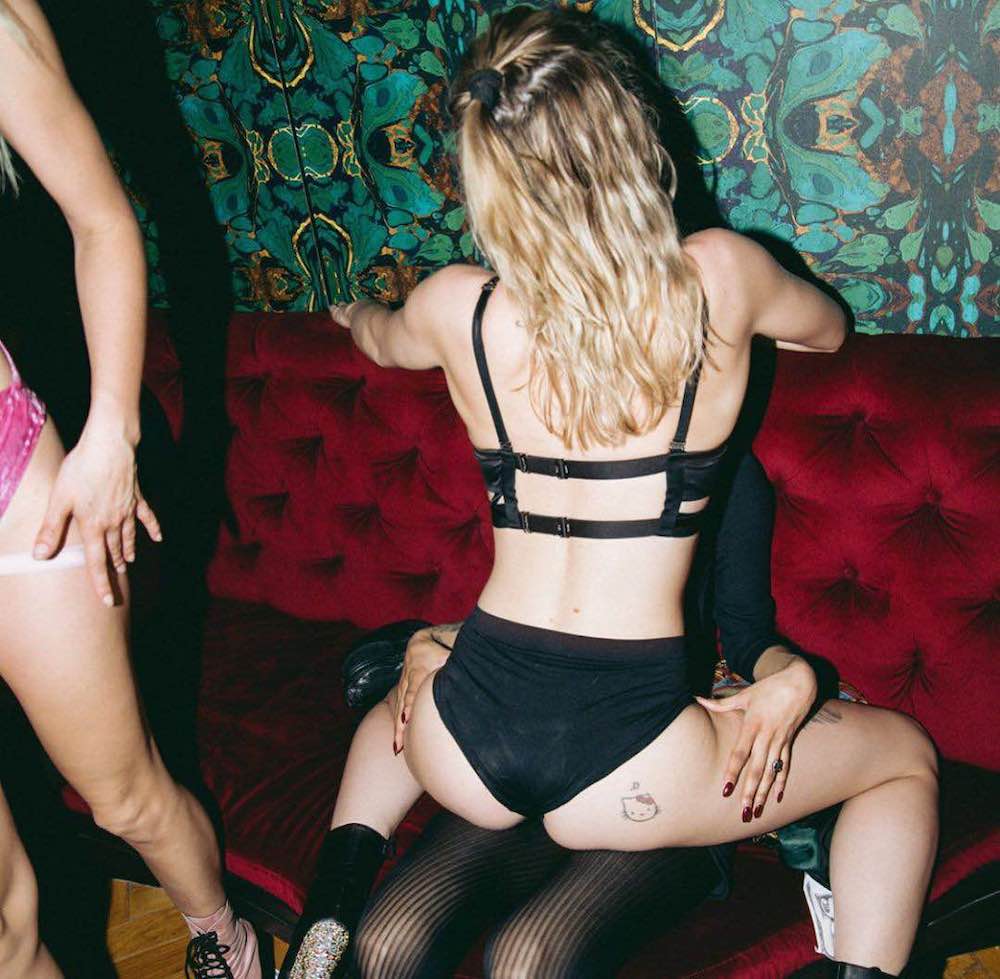 BonTon offers the ultimate evening filled with entertainment and relaxation. Club BonTon is located in a historic Amsterdam canal house, close to the famed Heineken Experience. If you’d walked by the black-lacquered doors, you’d never know that there’s actually a club inside.

Inside the club, on the first-floor, you’ll find the bar area, luxury couches and multiple strip poles. Renowned Dutch interior designers Casper Reinders and Thijs Murré created the various VIP areas where the ladies provide live entertainment while the spectator enjoys a lovely cocktail. The interior designers are proud that they were offered the option to design Holland’s prettiest and most sexy club.

So sit back and order some of Amsterdam’s finest drinks and champagnes and watch the prettiest strippers put on their best performances.

BonTon isn’t some shadowy cartoon bar full of men blushing out of shame. It’s more reminiscent of a luxury jazz club from an exciting film, with red couches, dim mood lighting and a single discreet corner for some sensitive murmuring. The golden stripper posts, with a playful little showbiz stage underneath, offer space for the acrobatic arts of the exotic dancers. The beautiful ladies give a lap dance for the right amount.

Deutch marks or dollars
American Express will do nicely, thank you
Let me loosen up your collar
Tell me, do you want to see me do the shimmy again?

BonTon Owner: “People often don’t want to be that first guy, but once one person pays for a lap dance, more will follow immediately.” At the top floors of the club, private lap dances are given, should someone feel too embarrassed.

And afterwards? Does “STRIP CLUB” appear on the statement of your shared bank account? “Ha, no! Club BonTon appears as a restaurant on your bank statement. Just as if you were eating out.“

For those who want to take it a little further than just a stripshow, Club BonTon also offers multiple luxurious private VIP rooms.

The rooms are spacious and are situated on the second and third floor of the club. Some of the sex workers offer more services than just a dance. Just ask and they’ll let you know if and what they are up for.

The club is open from Tuesday till Saturday from 9 pm till 5 am.

How To Get To Club BonTon in Amsterdam?

BonTon is located at central location next to the famous Heineken Brewery, on the Stadhouderskade.

8 Ways To Get A (Sex) Date in Amsterdam