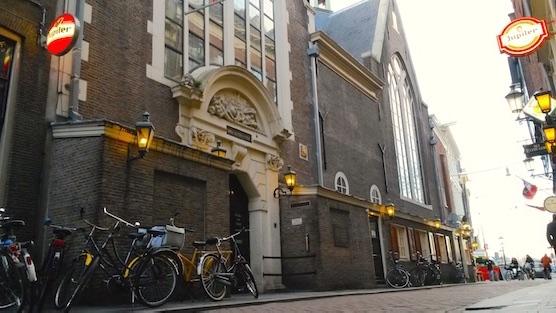 Roomservice at Olof’s in the oldest chapel of Amsterdam

On 17 January 2016, this pop-up restaurant will be opened in Amsterdam’s Red Light District by Chris Naylor – famous British chef Chris Naylor. It will be located in the Saint Olof Chapel on the Zeedijk street (english: Sea Dyke). This is the oldest chapel of Amsterdam.

Michellin-starred chef Chris Naylor will open Roomservice at Olof’s in Amsterdam on 17 January 2016.