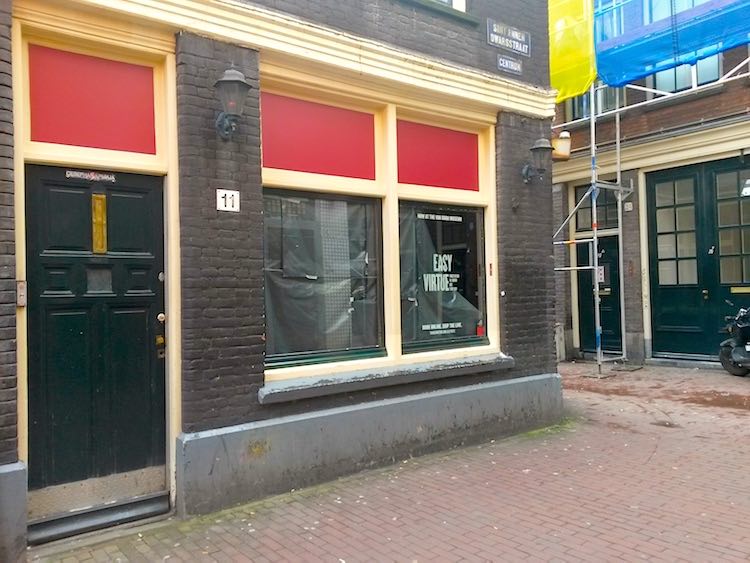 Today (15 March 2016), The Van Gogh museum opened a new temporary project in Amsterdam’s Red Light District: Easy Virtue Brothel Museum. It’s located on Sint Annenstraat 21 and sits on a corner. This building used to be a window brothel and now it’s transformed to a special prostitution museum. The Easy Virtue Brothel Museum is about sex work in the 19th century. Many great artists like Van Gogh and Picasso made famous paintings of prostitutes and some of these painters – like Vincent van Gogh – used their services too.

Prostitution in the 19th century

Wusstest du das Van Gogh had a problematic relationship with a woman named “Sien,” whose real name was Christine Hoornik. She was a poor woman with an alcohol problem and a past as a prostitute. She bore a son in 1882, but no evidence has been found that Van Gogh was the father. The relationship deteriorated rapidly and Sien started working as a prostitute again.

Peep through the windows

Visitors of the Red Light District can experience the Easy Virtue Brothel Museum by peeking through the windows of the former brothel. The museum contains a florid bed that looks like the bed of the super rich French courtesan (a prostitute, especially one with wealthy or upper-class clients) of the 19th century. The luxurious bed stands in opposite of a modern bed that was used by a sex worker of 21 century.

The temporary Easy Virtue Brothel Museum in the Red Light District will be opened till the end of May. During our tours we’ll pass by this new prostitution project. Usually with small groups. We’d love to teach you a bit about the history of Amsterdam’s Red Light District! Wanna join?