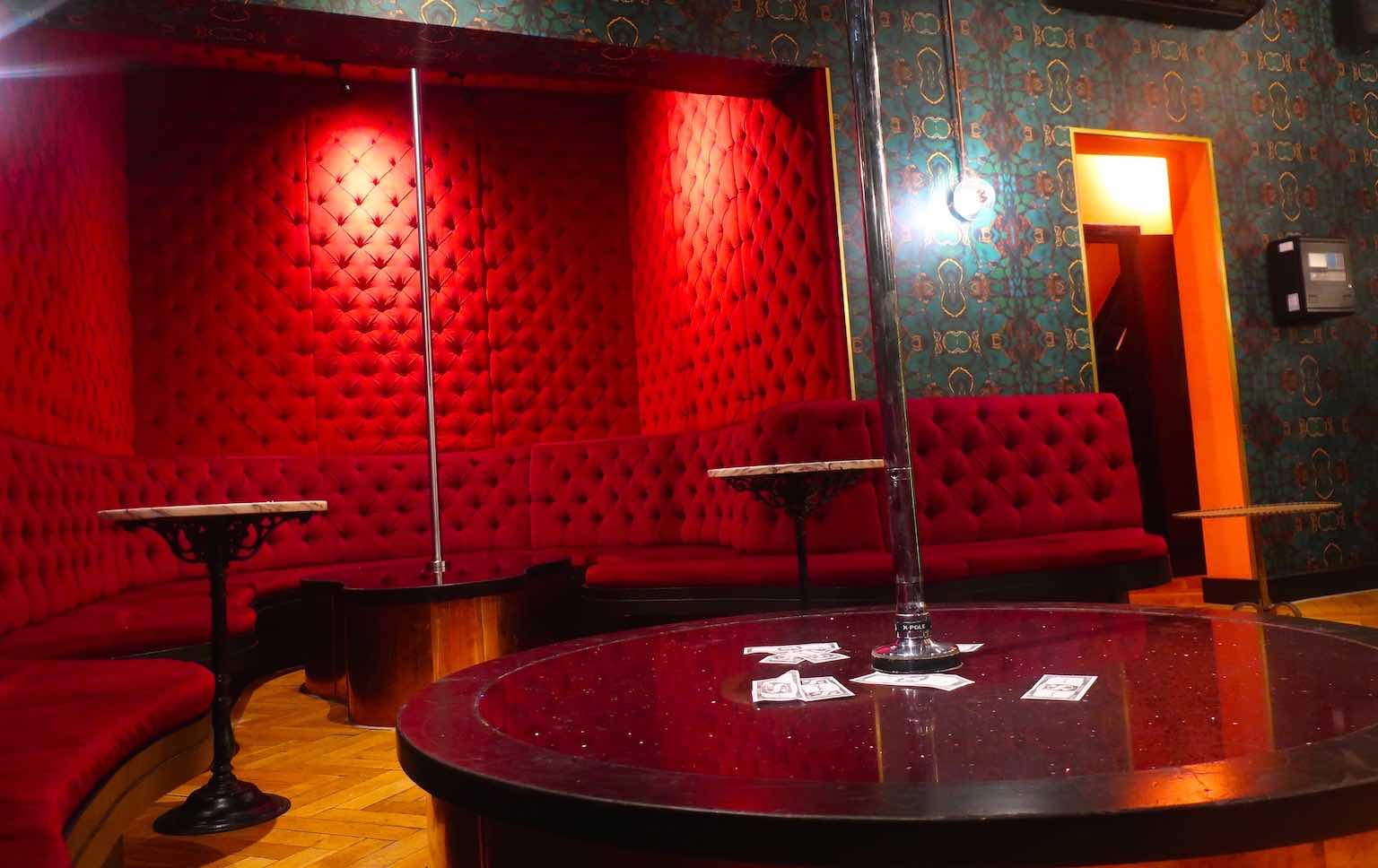 On the Stadhouderskade in Holland’s capital, behind two black-lacquered doors, there is a new high-end stripclub: BonTon. This is the newest stripclub in Amsterdam and it’s definitely not a faded titty-bar where worn-out strippers who spin endlessly around a sticky pole. Rather the opposite! It’s a chic, dark speakeasy, with red velvet sofas, dark walls and an elegant bar for cocktails.

The golden strip-poles shine in atmospheric light, as if they want to say: put mainly twenty euros in the ladies’ underwear, but keep those loose coins in your pocket.

Good to know: the minimum age for entering a stripclub in Amsterdam is 18.

A Stripclub or Sex Club?

Still, the temperature can rise, during a lap dance for example. A public square in the bar, or upstairs in one of the private rooms (€ 150 for half an hour). Is there nothing sexual there? What if a man suddenly behaves rather boldly after five glasses of champagne?

Myrthe: “The ladies who work for us are tough, you know. They show it immediately if they don’t want something in this stripclub in Amsterdam.”

Sex Is Allowed, But Stripping Is Preferred

BonTon is open Thursday’s through Saturday’s from 9:00 pm till 5:00 am. The minimum age is 18 years for men and 21 for women. That is regulated by Dutch law. In case of doubt you must be able to show your ID. This stripclub in Amsterdam expects its visitors to adopt a tolerant and positive attitude in respect of various ethnic groups, gender, religion and cultures present.

Escorts in Amsterdam: Everything You Want To Know