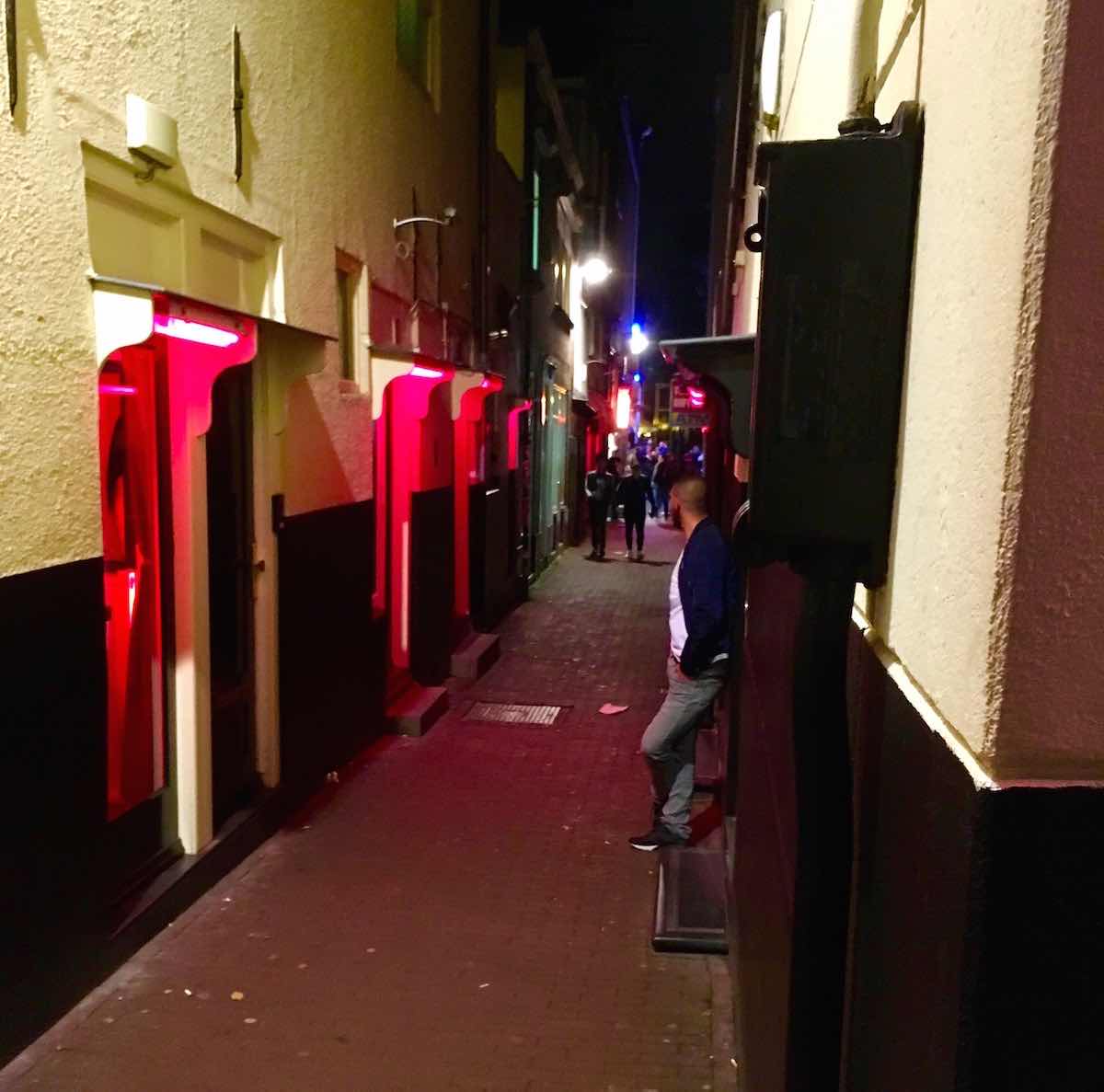 On Tuesday September 26th, Dutch reporter and presenter Filemon Wesselink from Dutch public broadcaster BNNVARA joined one of our Red Light District tours with his camera team to do a recording for his new documentary series: Filemon op de Wallen. In it he will try to get a better picture of Amsterdam’s famous Red Light District and the changes that have been made to it in the last 10 years. For the documentary Filemon op de Wallen other stakeholders like the brothel operators, sex workers, employees of sex theatre Casa Rosso, locals and the Dutch justice department were also interviewed.

Our local guide showed him around the Red Light District together with 15 other regular tourists. The rich history of the Red Light District was discussed and our guide showed the highlights of the area, like: world’s first condom shop, Amsterdam’s oldest building, the window brothels, the coffeeshops, the typical Dutch architecture, the last peep show in the Netherlands, transgender & female sex workers, the infamous Zeedijk street, hidden art and much more…

Not Just The Highlights Of The Red Light District Were Discussed

Besides the highlights subjects like the safety measures on the Red Light District, Dutch liberalism and open mindedness, sexual education in the Netherlands and Dutch drug policies were discussed.

How Did The Tourists And Filemon React To The Red Light District?

After the tour was finished Filemon interviewed our local guide and asked him questions, such as: what can be improved in Amsterdam’s Red Light District? Where do you get all your information? What can be done about the big crowds in the Red Light District? What is your opinion about the recently implemented covenant with the City of Amsterdam? Do you tell the tourists not to take pictures of the sex workers? Etcetera.

Filemon Wesselink arrived into the Dutch national spotlight when he became the last person to do a radio interview with Dutch politician Pim Fortuyn just minutes before he was assassinated. By pure coincidence he also witnessed the arrest of the assassin. After that the Netherlands got to know him a little better with the TV program “Injecting And Swallowing” (Spuiten en Slikken). In this program he tried out a different type of drug every week on Dutch National television.

The documentary is being produced by production house De Witte Geit, established in 2014. The company is owned by Pim Castelijn and Balt van Zeggeren. Van Zeggeren also joined us on the tour during the recording night. The duo behind the De Witte Geit have produced some of Holland’s best known TV programs like: Try Before You Die, Ranking The Stars And Spuiten En Slikken Op Reis (Injecting And Swallowing Travels Abroad). You can check out more of their production work here.

Do you want a look behind the scenes in Amsterdam’s Red Light District? Tune in from Thursday November 2nd at 20:55pm on Dutch TV channel NPO 3. Our tour company will be featured in episode 2, airing on the 9th of November at 20:55pm on the same TV channel!