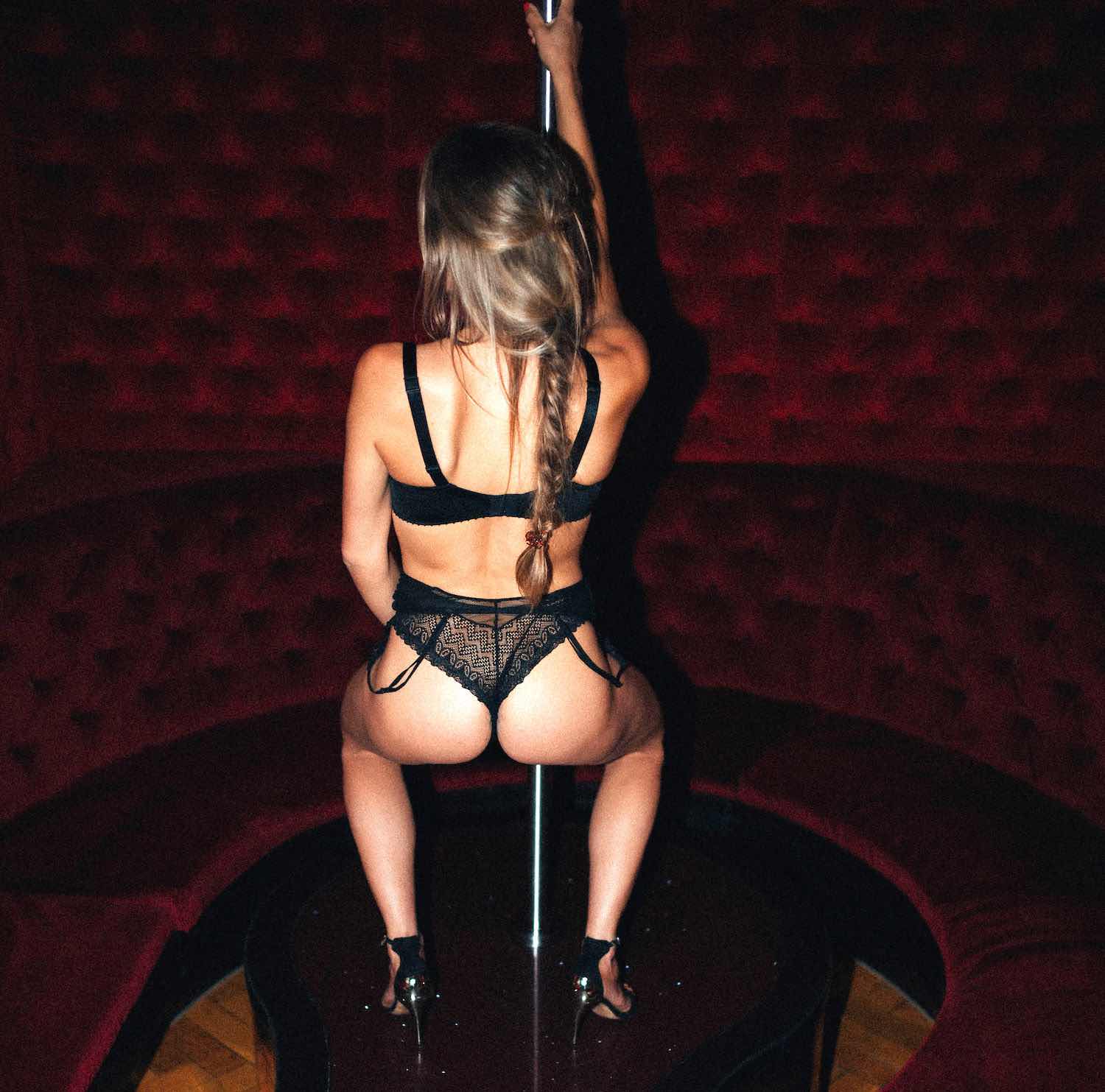 Looking for really exciting things to do in Amsterdam but don’t know what? Discover this free, updated overview with the 10 best sex shows in Amsterdam. This is what you need for an unforgettable time in Amsterdam.

A sex show is a form of life performance featuring one or more performers who engage in some form of sexual activity on stage for the entertainment or sexual gratification of spectators. (source)

A party inside Club BonTon.

Club BonTon is without a doubt the best strip club in Amsterdam! Here everyone can have a great night.

It was opened in april 2019 – just next to the Heineken Experience. It has a super sexy, luxurious design which was made by Casper Reinders – one of the most succesful hospitality entrepreneurs in the Netherlands.

BonTon is a chique club with beautiful ladies inside who give the best sex shows in Amsterdam. Here, both men as women can have an unforgettable, exciting night out. This place has a great variety of delicious cocktails and the best champagnes at the bar, including Dom Pérignon and other Moët & Chandon’s.

One of the strippers with luminous heels.

For those who want to get a little further than just stripping and tipping, Club BonTon offers bedrooms on the top floors. Not all the ladies provide those extra services though, but some do.

TIP: Before or after your visit to Club BonTon, go to one of the bars or restaurants around the corner – on the Marie Heinekenplein. This square has a lively atmosphere and it is filled with other great places too!

Women are getting ready for the male strippers.

The waiters here serve delicious drinks in a stylish and sizzling setting. This male strip show in Amsterdam is hosted on Saturday’s and starts at 22:30 pm and last till 00:30 am.

The crowd is having a blast!

Afterwards the party continues in trendy club Jimmy Woo in the city centre. For those who are looking for a complete night out experience, this organisation also offer a dinner option beforehand and a free afterparty entrance to one of Amsterdam’s most coolest club afterwards.

A bachelorette is getting a private lapdance.

This is Amsterdam’s most famous live sex show theatre. Casa Rosso was established over 50 years ago and has ever since been a main venue of the Red Light District area. The shows inside run in a continuous loop of around 60 – 90 minutes. In that time slot you can experience 9 professional acts, 4 of which are couple sex.

For 16 years, a couple have been working together who gets paid to have sex with each other. You can see how he eats her pussy and how they do all positions, like missionary, to the beat of the the music. At Casa Rosso you can also see how a woman smokes a cigar with her vagina and a mistress who “punishes” a volunteer.

Casa Rosso is located on the Oudezijds Achterburgwal.

Once you enter you can stay inside till closing time but you’d be seeing the same performances every 60 – 90 minutes.

Erica & Udy having sex on stage.

Whilst inside expect some amazing, high skilled sexual performances combined with a little bit of comedy. Important to know: there’s only limited seating available (especially in June, July, September and December). This means you’ll often have to wait in line.

This isn’t really one of those typical sex shows in Amsterdam. This is the first 5D sex show in the world! Strap yourself in and prepare for a bumpy and sexy ride.

The short 3D film takes place in and around the Red Light District area and lasts around 10 minutes. This is a funny experience, especially together with a group of friends.

Moulin Rouge in Amsterdam is surrounded by window brothels.

Sex shows in Moulin Rouge are comparable to those in Casa Rosso. Moulin Rouge is a more cozy theatre. Expect a roster of seductive artists performing great shows. All the theatre seats are positioned close to the stage so prepare for an immersive experience.

One of our tour guides visited Moulin Rouge together with two female customers after our Red Light District tour. Discover how it went down:

Front view of this sex show in Amsterdam.

Spoiler Alert: the theme of the Bananenbar is the tropical fruit called the banana. Besides all the beautiful women the banana takes center stage, as a prop, held onto by the performer without using her hands.

At the entrance of the Bananenbar you can choose between two areas: the regular strip club (banana club) area or the classic bananabar area. Choose the classic Banana Bar area if you want to take a bite of a banana whilst its still inserted in a vagina. Interesting times!

Besides bananas the female performers also use their vaginas to sign postcards and do some other unimaginable feats. We would not really recommend this sex show to women.

Jan Otten is also one of the 22 experts in our Amsterdam Audio Tours app. Download the app and learn everything you need to know about the Red Light District. You can hear stories of real prostitutes, historians, police officers, locals and many other experts.

This app offer two hours of audio, GPS, photos and can be played anywhere. Listen to it at home or in a hotel like a podcast. Or, in the Red Light District of course.

For just 2,- euro you get a front seat to the action: live stripteases and couples who have sex with each other for 2 minutes. All can be experience from a small private booth. The awkward and funny thing about this sex show is that in the booth not only sees the strippers, but also all the other viewers in the other booths.

The Hospital Bar in Amsterdam is a venue where strippers work as nurses. It’s the newest of all sex shows in the Red Light District. The Hospital bar is an exciting lap dance bar with a modern, spacious and relaxed atmosphere. It’s not mandatory to take a lap dance here. It is frowned upon if you don’t order any drinks inside.

It looks inside as you would expect from a modern strip club. LED lights, leather benches, strip poles and uplifting music. The Hospital Bar can be a good choice if you want to surprise a friend with a lap dance. For example because he is getting married or has a birthday.

This sex show in Amsterdam is located on the main street of the Red Light District. Almost half of the reviews on TripAdvisor are negative. But, it must be said that only 11 reviews can be found online.

It must be said that Club LV is a sex club – a brothel – but men can also get very good sex shows here. This is one of Amsterdam’s most exclusive sex clubs and has been serving clients for more than 14 years. This is why it deserves a spot on this 10 sex shows in Amsterdam list.

Club LV is really something for men who want to get intimate with the sex workers inside. At the bar area one can talk to any of the 12 ladies who are present. When you find one that you like simply head back to one of the 8 luxury private rooms for some intimacy.

This strip club in Amsterdam is situated well hidden at the end of an alley of the Red Light District. Just next to the game cafe Ton Ton Club and at lays apposite to the Trompettersteeg – Amsterdam’s narrowest alleyway filled with window brothels.

This is a low-end strip club is definitely not the best one in Amsterdam but due to its location you might want to go here when in the neighbourhood.

Be warned: the strippers here will try to sell you some expensive drinks. It’s something that many customers experienced. You can also read that in La Vie en Proost reviews. If you’re together with female friends we’d advice you to skip this place.

We listed many other entertaining things to do in Amsterdam Red Light District. Discover 15 great activities below.

15 THINGS TO DO IN AMSTERDAM >

Have you visited one of these sex shows in Amsterdam? Let the world know how it was by posting a reply below.

10 Agencies For Escorts in Amsterdam