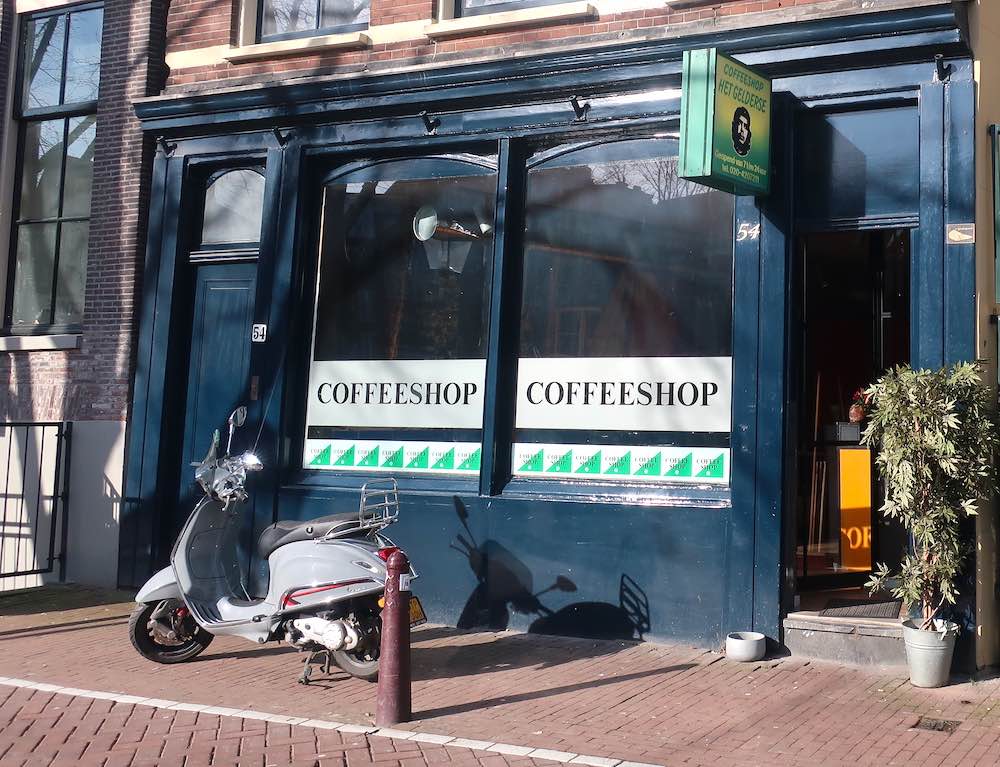 Are you considering using drugs in Amsterdam? Or do you want to learn how legal and illegal drugs are handled in the Netherlands? Then read this article with 10 Amsterdam Drugs Laws. This overview answers the most frequently asked questions about drug laws in Amsterdam which results into safer situations.

1 | What are the legal drugs in Amsterdam?

“Are drugs legal in Amsterdam?”

That’s one of the most frequently asked questions by tourists. Here’s the answer:

Cannabis in all its forms is allowed in Amsterdam. Think of weed, hash and even different types of cannabis oils.

Hallucinatory magic truffles are also allowed in Amsterdam. In Dutch they are called “truffels” or “paddos” derived from the word “paddestoel” which is Dutch for mushroom. In the Netherlands, magic mushrooms or paddos have been banned but replaced by truffels, which are basically the same thing. The main difference is that magic truffles grow underground, while magic mushrooms grow above ground.

Cocaine, XTC, amphetamines and all other hard drugs are illegal.

2 | At what age are soft drugs in Amsterdam legal?

Dutch coffeeshops maintain a minimum age of 18 years for going inside and buying cannabis.

When police officers see a 16 year old smoking cannabis they will talk to him or her about their usage, and if they follow procedure, confiscate the cannabis. But there are usually no legal consequences.
Source: Jellinek

3 | How much weed or hash are you allowed to have on you in Amsterdam or the Netherlands?

The maximum amount of cannabis that you are allowed to have on you under current Amsterdam drug laws is 5 grams per person. This drug law applies to the entire country.

4 | Can you grow your own weed in the Netherlands?

5 | Do Amsterdam drug laws differ between soft and hard drugs?

The current Dutch drug law has within it two lists.

List one is for hard drugs. These drugs (like cocaine, speed, XTC, etc) are considered to be more harmful to someone’s health.

List two contains soft drugs that are less harmful than hard drugs. Cannabis, sleeping pills, sedatives and Valium are all on list number two. Drugs on list two – soft drugs – are not illegal.

6 | What happens in the Netherlands when you get caught with drugs?

Possession of hard drugs is illegal in the Netherlands but the drug laws allow for the possession of small amounts without legal consequences. For hard drugs the maximum amounts are: half a gram of cocaine, speed/ amphetamine, MDMA, methamphetamine. 1 XTC pill and less than 5 ml. of GHB. When you get caught with these amounts the police can confiscate them, but you won’t get a fine. If you posses more you’ll get a fine. Depending on the amounts you carry you can even get a prison sentence. Source: Jellinek

7 | Can I still return to a party when my drugs are confiscated in Amsterdam?

Most events in Amsterdam (or the Netherlands) have a so called “zero tolerance” policy. This means that even if you have less than the aforementioned amounts you’ll still be denied access to the party. However this can of course vary greatly between different types of events, locations or the person who finds out about your substances.

8 | What are Amsterdam drug laws concerning driving under the influence?

Not only in Amsterdam but in the whole country there are legal limits to how much drugs you can have in your system whilst sitting behind the steering wheel. These limits apply to alcohol, cannabis, cocaine, amphetamine, MDMA and other drugs. Taking any of these drugs together whilst driving is a punishable offence.

For alchohol the legal limit is a promillage of 0,5. Men reach this level by drinking two beers/wines. Women reach the 0,5 level even sooner. Below you’ll find the legal amounts of drugs that you are allowed to have in your bloodstream whilst driving.

Our advice: Do not consume any drugs or alcohol before or during a car/ bicycle ride.

9 | Amsterdam drug testing is legal at specialised locations. Why is that allowed even though hard drugs are illegal?

Hard drugs are illegal but the Dutch government believes in the so called “harm reduction model”. People will use drugs anyway, so it’s best to provide proper information and testing to reduce the potential amount of harm to society as much as possible. Drugs users can visit an Amsterdam drug test lab and get their illegal drugs tested legally. Hard drugs – like cocaine, XTC, amphetamines – will be tested on the content (ingredients, size/amount, etc) by lab-analysts.

In Amsterdam, hard drugs (like Cocaine, XTC, Speed, Ketamine, etc) can be tested anonymously and legally at the Jellinek of GGD drug testing service. Drugs that are submitted to the employees of these organisations are analysed, if necessary in their laboratory. For some pills such as XTC which can be matched to those in their database, there is a 50% chance that the result will be given on the same day or right away. The costs for these drug tests are 2,50 euro per sample.

There are many of these official drug testing locations in the Netherlands which are all part of the typical Dutch tolerant approach: harm reduction.

For soft drugs it’s not necessary to test for the contents because usually the quality of cannabis in the Netherlands is good. If it’s not, someone could just go to another coffeeshop and legally buy cannabis from a different provider. That’s the benefit of coffeeshops: they all compete with each other and try to offer the best quality possible. Source: Jellinek

10 | Under what conditions are coffeeshops in Amsterdam allowed to operate?

Amsterdam drug laws stipulate that coffeeshops are not allowed to advertise. They can’t sell hard drugs either. Coffeeshops can not cause any public disturbances like noise nuisance or filthiness caused by loitering customers. No entrance or sale to youth under the age of 18. No sales larger than five grams. And coffeeshops are not allowed around schools in a radius of 200 meters or 250 meters walking distance. Source: Union Of Coffee Shop Retailers

Learn more about drugs in Amsterdam during our informative Amsterdam Drugs Tour. A licensed guide gives an informative tour and explains the liberal drug policy. It takes about 1,5 hours and contains great highlights in the city centre.