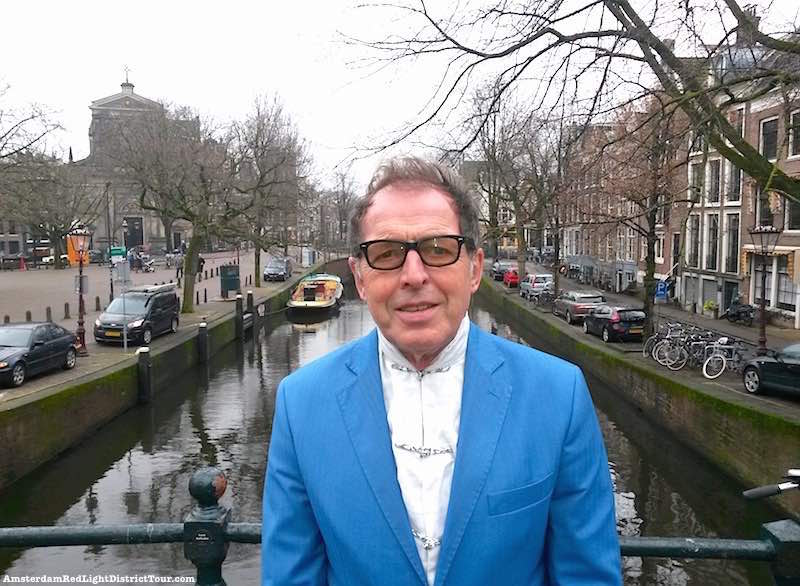 Amsterdam’s Foundation of Drug Consultancy about the Dutch Cannabis Policy

This is one of the more recent open letters received by Stichting Adviesburo Drugs (Foundation of Drug Consultancy). It’s about the current Dutch governments policy to close down cannabis coffeeshops that are located too closely to schools. The name for the new Dutch cannabis policy is “distance rule”. The government hopes that the policy prevents the youth from trying or using cannabis.

In they eyes of August de Loor – director of Amsterdam’s Foundation of Drug Consultancy – this is just another nanny state policy that has the opposite effect of its stated goal. Besides not achieving its stated aims the current policy has far reaching negative consequences for Dutch soft-drug policy in general and coffeeshops.

“These days I sell more cannabis popsicles and other weed related items than wooden shows or other traditional Dutch souvenirs”. This is the summery of an interview held with the owner of an Amsterdam Souvenir shop done by the Dutch newspaper “Het Parool” last week. If you pay just a little attention when you visit markets and giftshop in Barcelona, Bucharest and many other such cities, you see more and more products that directly (and indirectly) refer to cannabis.

The same praise for cannabis can be heard in all kinds of musical genres, street slang and on social media, predominantly among the young. In short; Cannabis has become visible to the public in many different ways.

This observation makes clear how utterly absurd the government tries to protect the youth against cannabis with its current Dutch cannabis policy on closing coffeeshops “too close” to schools. Between their homes, schools, and sporting clubs, youngsters get more impressions about cannabis than all the coffeeshops in Holland put together. The bizarre thing about the so called “distance rule” is that it has the opposite effect. Less coffeeshops means that the coffeeshops that remain open are far more busy which in turn leads to more commotion in the surrounding neighbourhoods. The commotion attracts more young people and notifies them about the small coffeeshop which they probably hadn’t known about before!

But the saddest thing about the new distance rule is that it takes up so much of our public and political attention. From court cases to pen letter wars in the media, all that energy should instead have been used to make our young people more assertive! In those exiting and authority questioning years of 12 till 18 the distance rule just sounds so patronising that it almost automatically gives the most daring kid in the circle of friends status when he lights op a joint.

And for youngster above the age of 18 the distance rule is also disastrous! In the last 50 years cannabis has become the second most popular drug after alcohol. Coffeeshops have become meeting points for a variety of different user groups in differing age brackets, socials classes and ethnicities. Coffeeshops differ like local, gay, Yuppie and punk cafés. The Dutch government would never even think about closing those kinds of establishments but trough measures like the distance rule and many other different policies over the last 25 years it has radically reduced the number of coffeeshops in Holland and Amsterdam.

One of the consequences of these policies has been to reduce the diversity between coffeeshops. More and more coffeeshops do nothing else besides just selling cannabis. One can assume that not the drug, but the attenuated and sterile surroundings encourage consumptive and compulsive drug use. However, no expenses are being spared for creating a diverse and comfortable hospitality industry under the guise of reducing alcohol consumption. The government is actively working on policies to reduce the sale of alcohol via regular shops, but its current distance policy has the opposite effect when it comes to cannabis.

In short; for both under and above 18 the distance rule provides no added protection. It only has the opposite effect of its stated goal: responsible cannabis usage.
August de Loor, Foundation of Drug Consultancy.

During our walking tours in the Amsterdam Red Light District we explain more about the Dutch cannabis policy and Amsterdam’s coffeeshops.


Others who read this article about the new Dutch cannabis policy also read An Exclusive Interview With Amsterdam’s Drugs Consultancy and Why Are Amsterdam Coffeeshops Closing Down?