From London To Amsterdam By Train Just Got Faster 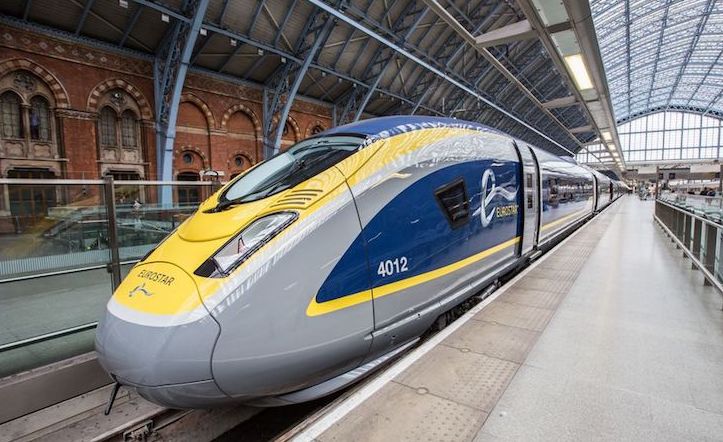 Eurostar high-speed trains will travel on the Dutch high-speed line for the first time starting on the 4th April 2018. Travel from London to Amsterdam by train will at first be done with two trains. London St. Pancras Station is the starting point to Rotterdam and Amsterdam in the introductory period. The first stretch of the route will be done via Thalys trains to Brussels South for the time being. There, after passport and security checks, passengers are transfered to the British capital on the Eurostar. The aim is that these inspections will later take place in the Netherlands, so that direct Eurostar trains can also go to London from Amsterdam and Rotterdam.

This new direct train service will only be possible after a new treaty between the Netherlands and the United Kingdom has entered into force. Eurostar expects that the agreements will take effect at the end of 2019. The trains reach a speed of up to 300 kilometers per hour and drive from London to Rotterdam in three hours and one minute. Whoever wants to go to Amsterdam, will have a journey that is forty minutes longer. because of the transfer and checks at  Brussels, the entire journey takes significantly longer: at the fastest four hours and forty minutes.

London To Amsterdam By Train Is Cheap

Eurostar is also opening a new train service on the high speed rail between Amsterdam and Brussels. Two trains will depart daily from the Dutch capital to the Belgian and vice versa. According to the transport company, 4 million people travel between London and Amsterdam every year. Eurostar therefor sees considerable growth opportunities. There are already plans for a third daily train to London. The London to Amsterdam by train cost will start at € 40 euros for a single trip.

Eurostar trains have been operating through the Channel Tunnel between France and England Since 1994. The company calls the expansion to the Netherlands ‘a historic milestone’. According to previous plans, the direct connection should have already been a done deal for more than a year, but that was not feasible. The French national railway company SNCF has the largest share in Eurostar: 55 percent. Belgian SNCB holds 5 percent. The British government sold the remaining 40 percent in 2015 to two investment companies.

Getting from Amsterdam Central station to the Red Light District is easy. From Central Station it’s just a 7 minute walk. From the main entrance of Amsterdam Central Station walk with the crowd towards the stop light/ main crossing. After crossing the street continue on straight ahead till you see the cafe the Grasshopper on your left side (greenly lit during the evening). Walk to The Grasshopper and take the alley towards De Warmoesstraat. Congratulations, you are now in the Amsterdam Red Light District! For window brothel locations and the best bars, cafes and restaurants in the area, check out Red Light District Map page.