The Amsterdam Canals Will be Used To Remove Garbage 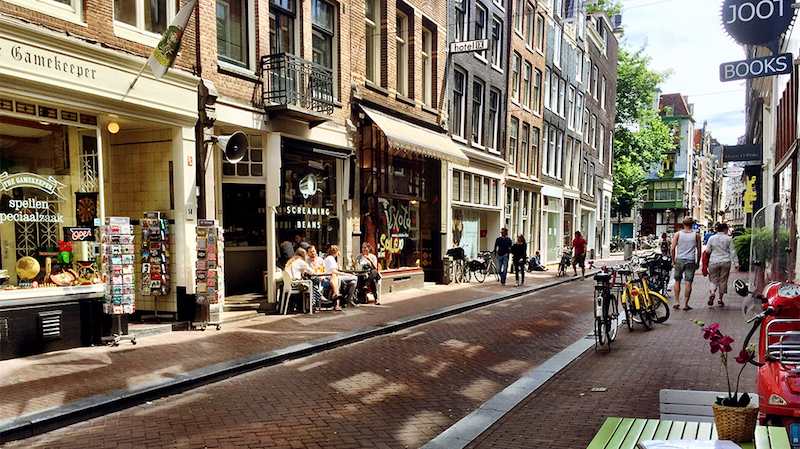 One of the 9 streets (de 9 straatjes) Picture source: Lovecities

Starting summer 2018 household garbage and company waste from the Nine Streets will be removed via the Amsterdam canals, directly to the waste incineration. In recent years, experiments have been done with collecting waste through the Amsterdam canals. At present, Dutch shipping company Mokum Mariteam carries around 60 waste containers every week from, among other, major hotels outside the city. This has been commissioned by waste processor Icova.

Amsterdammers Are Enthusiastic About The Garbage Trial via the Canals

For households, it’s hardly ever done. Nevertheless, there is a lot of enthusiasm for the trial, transporter Willem Post of Mokum Mariteam notes that “The city is in favour of the technology, entrepreneurs want to participate. It is now just a matter of political will.”

According to Post, waste collection via the water is not only more sustainable, the narrow streets in the center are also a lot safer for cyclists and pedestrians if there are no more large trash trucks there. It is not yet clear whether the Post freight company will be selected to carry out the test, a selection procedure will start this spring. The city must first go to The Hague for permission for the experiment. But from the first talks it appears that the application is promising, according to alderman for sustainability Abdeluheb Choho.

A Dutch garbage boat in Utrecht. Picture by Rob hendriks.

Alderman For Sustainability Will Continue To Push For This Improvement

After that, the municipality can make rules requiring households and companies in the area to deposit their trash at centralised locations. But even if those powers are not given, the alderman wants to continue the experiment on a voluntary basis. In the nine streets in Amsterdam, all kinds of collection variants will be tried. For example, it is necessary to test whether the garbage is first driven by an electric vehicle to a central transfer point or that it is taken over the canal.

Did you enjoy this article? Others who read this article also read: How Did Amsterdam Get its Canals? Info On Amsterdam Canals Construction und Interview With A Dutch Prostitute In Amsterdam.